A No Fly Zone, A “CeaseFire”, but Still No End Game 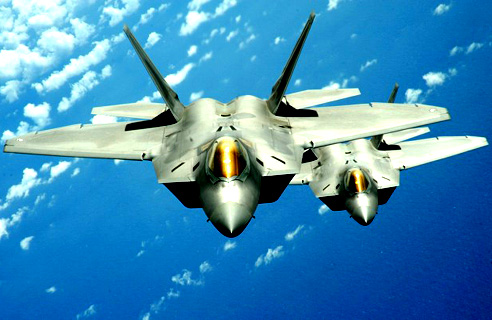 For days we have been watching the ebb and flow of frustration protests in Libya, echoing but not matching the overthrow of long-time despots in Tunis and Egypt, but seemingly less capable of driving the longest terminator of all into an exilic tent (though probably outside one of Berlusconi’s mansions rather than above a madrasa in Saudi Arabia).A week ago it looked like “rebel” forces might march on Tripoli; such was the rhetoric of liberation on the lips of those who took back the streets east and west of the capital and rattled the very tent pegs of the leader’s Tripoli holdout.

Last night, amidst reports of an escalating disaster alert at a Japanese nuclear reactor, the U.N. Security Council met to deal with Qaddadi, the colonel not known for fried chicken wings but with a distinct love of his female guard’s hidden charms.

To no-fly or not to no-fly: that was the dramatic question debated. Would Russia and China resort to Cold War negativism or embrace pragmatic realpolitic and let French planes scramble to destroy the older planes the French probably supplied Qaddadi with at some point? Would international involvement lead to a land invasion? Another Iraq or Afghanistan? The pundits were all over the map. Many had their predictions; none of the crystal balls seemed very trustworthy.

April 4, 1941: a day that is not particularly associated with infamy, but it is the day the Nazi tank commander Rommel captured Benghazi, now the second largest city in Libya. At the time the Allies could not yet mount a no-fly zone, although the North African campaign did end in their favor. To my knowledge, the Nazi newsreel scenes of Rommel’s tanks and Luftwaffe planes strafing Libya were not shown at the U.N. last night. Simply colorizing the film might have speeded up the decision. Rommel or Qaddafi: the bad guy had to be routed by the good guys. In this case, however, the Libyans were actually front and center, not simply the Risk board for a world war not of their choosing.

And the result? Libya declares immediate ceasefire. A reality check for the mad non-mullah? As the deliberation was being made Qaddafi went on the airwaves warning of bloodshed and doom for all who oppose him. Was it a bluff? I suppose that depends on exactly how “mad” one thinks he is. How long before he falls off that bluff for good, indeed for the good of all? A stalling tactic? Not very likely, unless he is really crazed, since this would allow the forces that would be needed to enforce such a no-fly zone more time to be ready.

The questions are legion, greater than the number of tanks Rommel needed to roll over Libya in the 1940s. Are there secret negotiations with Qaddafi to spirit him and his bevy of female guards out of Tripoli to a safe haven in Caracas (why not Las Vegas for a show of shows)? And if an assassin’s bullet does pierce his security, is he expecting 72 virgins in Paradise? Could such a madman even be expecting paradise? I suppose he might be allotted a room with Idi Amin, if such despots are ever saved from the hell they make for their own people here on earth.

I make no predictions, not even in mirth. My hopes are with the vast majority of Libyans, who want to taste some semblance of freedom, to speak their minds, to afford a family, to raise their children, to have a decent job in their own country. Will these hopes fly now that the U.N. has weighed in? Time will tell, the easiest of all intellectually concocted cop outs. 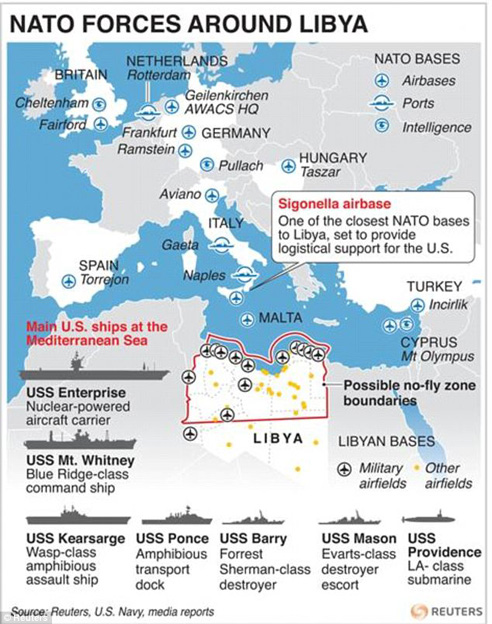