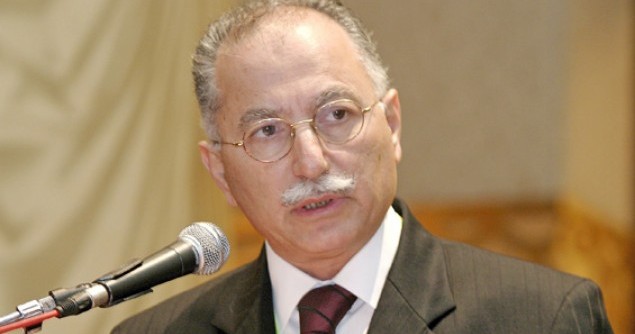 When Ekmeleddin İhsanoğlu, Secretary General of the Organisation of Islamic Cooperation (OIC), visited Cairo a few days ago, I jumped at the opportunity to get his opinion on the current situation in Egypt. In particular, I wanted to get his opinion on some of the fears and challenges facing the country and its people right now: a return to autocracy; relations with the Coptic Christian community, the largest religion minority in Egypt; and the role of religion in government. As the representative of the largest inter-governmental group of majority Muslim population countries, his voice carries considerable diplomatic weight, even if the OIC relies on soft power more than anything else.

İhsanoğlu is a Turkish diplomat and academic, born, raised and educated in Cairo. He is very much a product of Egypt. Upon coming back to Cairo after the 25 January uprising that saw the end of Hosni Mubarak’s rule, he spoke to me in a tone of optimism, cautiously aware of the challenges that lay before Egypt.

In his mind, Egypt remains in a transitional period, shifting from “an autocratic regime, and towards the aspirations of democratic rule”. But during his visit he was clear in his hope for Egypt, the people of which, he was certain, would “never accept the return of autocracy” in any shape or form, or from any political direction – a message for all of Egypt’s current and future politicians.

Beyond the return to autocracy in Egypt, two of the most prominent fears in Egypt are related to religion: the situation of the largest religious demographic minority in Egypt, the Coptic Christians; and religious identity politics. İhsanoğlu seemed quite aware of the historical basis of these issues. Nonetheless, he took a more long-term view towards finding solutions.

As far as he was concerned, the place of Coptic Christians in Egypt is unquestionable. He spoke about a historical state of “modus vivendi” – agreeing to disagree – between Muslims and Copts. Admitting that in the last days of the former regime, Copts faced “significant problems”, İhsanoğlu regarded the previous Pope, Pope Shenouda, as “a man of wisdom, of learning, and an Egyptian patriot”. Egyptian Copts, as far as İhsanoğlu was concerned, are Egyptians who are part and parcel of the Arab world, and should be treated as such, rather than as a foreign element.

Perhaps most interesting, however, was the Secretary General’s view on religious identity politics and secularism in Egypt and the larger Muslim world. Speaking as an individual and a scholar, rather than as a representative of the OIC, he expressed hope that Muslims would draw a line so that “politics does not dominate religion, and religion does not dominate politics”.

He explained that this effort should be based on “mutual respect, as well as mutual non-interference” between Islam as a religion and the Egyptian political order. At the same time, he said, “for Muslims, it is natural for Islam to have an effect on the political and public arenas.” What that effect would be he left open, without providing further elaboration.

Yet he made it clear that religious institutions in Egypt, as elsewhere, would thrive best under “an Anglo-Saxon style of secularism” – a type of secularism in which “religious institutions have autonomy, and a relationship of cooperation with the public sphere, rather than dominating it, or being dominated by it.” That perhaps reflects a subtle trend that is neither akin to the French secularist model that excludes religion from the public sphere, nor a more Islamist preference that refuses to admit the very existence of secularism as a model that Muslims might apply.

It is not all that often one has the opportunity to engage a noted intellectual, academic or a political figure. It is even rarer when the three come together in a single figure. One would hope that Egyptian Muslims would consider these sentiments with regards to minorities and the relationship between religion and state. These topics remain important for Egypt, the Arab region and the wider Muslim world.

Dr H.A. Hellyer is nonresident fellow at the Brookings Institution and the Institute for Social Policy and Understanding. @hahellyer www.hahellyer.com.

One Response to Identity, Politics, Secularism: A Heady Mix in Egypt