Guilt, Responsibility and a Special Relationship: Why Palestine’s Vital 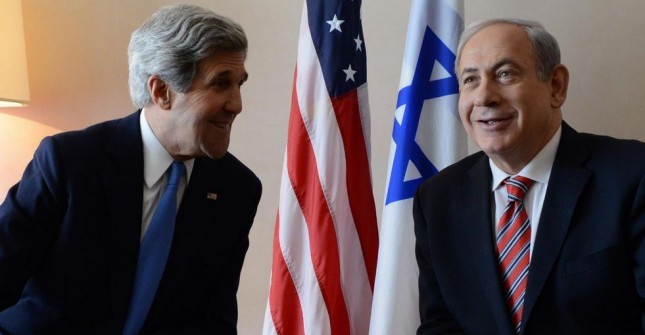 Secretary of State John Kerry is making an all-out effort to restart peace negotiations between Israel and Palestine. Many well-intentioned, highly intelligent people from around the world have engaged in some way, shape, or form in the Palestinian-Israeli issue and many of these people have had hands-on experience in resolving other longstanding, global issues, like those of Ireland, South Africa, and U.S. civil rights. While there is always a great deal to learn from other global experiences, the case of Palestine is different and unless Secretary Kerry recognizes this, all the efforts and millions of dollars being thrown at this conflict will be in vain, as will the latest U.S. negotiations blitz.

Three issues related to this conflict that are crucial to understand are: historic guilt, colonial responsibility, and the U.S. “special relationship” with Israel.

Today’s global powers bear a tremendous amount of historic guilt, not only, as is popularly believed, for the anti-Semitism their ancestors practiced against Jews. This was very real throughout the 19th and 20th centuries – and earlier – and it was rampant in mainly white, Christian European places like Germany, Poland, France, Austria, and, yes, even in the U.S.

But these countries should also understand their historic responsibility for making the Palestinians pay for European and American crimes. Their guilt vis-à-vis Jews has hobbled their objectivity and skewed their capacity to see the acts of Israel for what they have been, and continue to be: crimes against humanity.

Long before the Holocaust, the political ideology of Zionism charted a path towards ethnically cleansing Palestine from its native Muslim and Christian Palestinian population, aiming to create what was dubbed a “Jewish State.” This colossal, historic injustice of dispossessing Palestinians is no longer a point of contention: even Israeli historians have meticulously documented this fact.

Furthermore, many of those same global powers, led by the U.S., were born out of a colonial history that displaced indigenous populations. As such, these powers see the Israeli enterprise as very similar to their own and find it difficult to hold Israel accountable for fear that this will then boomerang on them.

Thus, instead of seeing the Palestinian-Israeli conflict for what it really is – ongoing colonialism – these powers prefer to frame the conflict as one in which the parties have equally valid, competing narratives that require a partition of the land. And meanwhile, as they remain transfixed on this outdated partition paradigm, they can offer no explanation as to why their respective governments allowed the reality on the ground to gradually render this solution unfeasible.

Ever since the New York Times headline of May 14, 1948 – “ZIONISTS PROCLAIM NEW STATE OF ISRAEL” – the U.S. has taken sides in this conflict, arming, funding, diplomatically covering for, and politically and militarily planning with Israel in its determination (always camouflaged in euphemisms) to ethnically cleanse Palestine.

Israel worked hard to cast the U.S. support in cement. Israeli leaders understood very well the inherent weaknesses of an open political system and wasted no time in creating a pro-Israel lobby that transformed what is supposed to be a foreign affairs issue into a U.S. domestic issue. Israel’s domestication of the U.S. political scene – courtesy of American proxies – is alive and well today; just ask newly appointed Secretary of Defense Chuck Hagel.

U.S. president Barack Obama epitomizes this reality. During his recent trip to Israel, he visited the Yad Vashem (Holocaust Museum) to declare that Israel’s future existence and security as a “strong Jewish state” would ensure that there will never be another holocaust.

What did he mean? Was the idea to imply that if Israel, as a “Jewish state,” ceased to exist (like other states with a racially-based raison d’etre, such as the U.S. prior to the Civil War or South Africa during its Apartheid era), then Jews in New York, Chicago, and Los Angeles, would be slaughtered?!

Adding insult to injury, Obama then did a huge favor to Israel’s right wing by going outside official protocol to lay a wreath on the tomb of Theodor Herzl, the founder of the political ideology of Zionism.

Through his actions, intentionally or otherwise, Obama gave credence to the ‘right’ of a Jewish state in Palestine, while ignoring the indigenous people of Palestine – including Christians, Muslims and even some Jews – upon whose ruins the Israeli state was built. Palestinians are still struggling for survival in the face of an ethnic cleansing campaign that began more than 65 years ago and is still going on.

Indeed, Palestine is different, really different. A more basic and more relevant issue than artificial partition is still waiting to be seriously addressed: Is Israel to be a state of all its citizens—Jewish and non-Jewish—or not? The answer to this question goes to the heart of Zionism’s racially-based enterprise and opens the way to a historic reconciliation and a homecoming of Palestinian refugees to what is today called Israel.

One Response to Guilt, Responsibility and a Special Relationship: Why Palestine’s Vital