Generation ‘A’: We Can Be (Our Own) Heroes 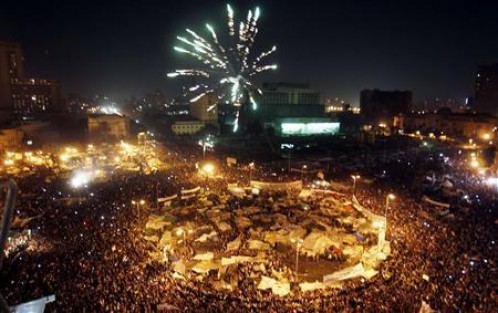 I think, for the most part, the non-Arab world may never quite understand the connection Arabs have to Egypt.

While the orientalist tendency has always been to lump everyone in this region into one group, there is a failure to recognize the intricacies that weave in to the social fabric that blankets the Arab world.

For us, Egypt has always been umm il dunya; the cradle of life, the bedrock, the architect. My generation of 20-something year olds grew up in the shadow of our fathers’ heroes, predominantly the architect of Pan Arab nationalist, Egypt’s Nasser.

It is still, after all these years, often considered a sin bordering on social suicide to insult the memory of Nasser whether you live in Jordan or Iraq. And we accepted it for a long time because, simply, there were no other heroes.

We have been searching in the darkness for the light switch, for the appearance of a leader. We have even conjured up ancient heroes, romanticizing their very existence. Turning history in to legend. Because we have been waiting and no one has appeared.

We assumed that if one day an uprising emerged, it would be at the hands of a bold leader – the same caste as the past. Another strongman to replace the ones we didn’t like.

That it would be a leader-less uprising. A secular and ideological-free revolution. A genuine uprising of the people, for the people.

Every Arab citizen glued to a television screen these past few weeks has been thinking the same thing. They have felt it under their skin, and deep in their bones.

The Egyptian youth have demonstrated for us possibilities we never imagined unfolding within the confines of our region.

All of this they have done inadvertently, but they did it nonetheless. They have forced us as a population of youth, an entire generation, to look in the mirror and recognize one important fact: we are the majority.

It is we who dictate to them – not the other way around. It is we who have the power to destroy in a matter of days and weeks  the cage that took them years to build around us.

We will wait to see what future Egyptians build for themselves, and its subsequent affect on us living outside its borders but close enough to feel the heat of the fire they began.

We will wait to see if Egypt’s next chapter will be as sound and as peaceful as the one it has just finished writing.

We will wait to see what happens, but whatever happens, this 18-day history is something no one can take away from them, or from us. It has been embedded in our memories, replacing all others. Because it is our memory. Not the memory of our fathers’. Not the memory dictated to us in faulty history books. Not old and collecting dust. It is a new history. And it is ours. Our own.

As a Jordanian, as an Arab, as a 20-something year old that has been searching for a hero, for inspiration, for a new history, for a new memory, for something to call my own – this is how I feel. This is me, thanking you.

Egypt, we kneel before you – in awe.

2 Responses to Generation ‘A’: We Can Be (Our Own) Heroes