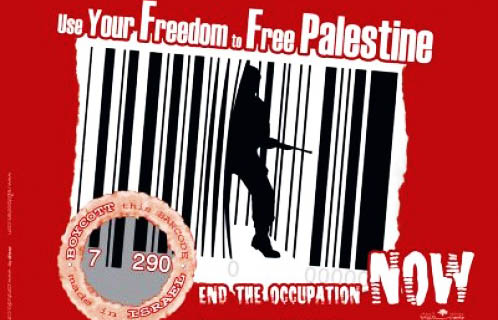 The US initiated and brokered Palestinian-Israeli negotiations have failed to resolve this festering conflict with grave human rights implications for more than forty years. It has become crystal clear that US led peace negotiations will likely fail for the foreseeable future unless other political tools are employed to help spur a different political paradigm. US impotence was clearly displayed during President Obama’s first years in office. In spite of his publicly articulated plan and declared intention to end the expansion of the Israeli settlements in the West Bank and East Jerusalem, the US has failed to deliver any substantive progress. Recent symbolic gestures to publicly recognize Palestinian sovereignty by a growing number of nations, particularly in Latin America, signal worldwide frustration with the US continued unproductive role as a peace broker.

The US Congress’ record of unconditional support for Israel’s pro-settlement government along with the aggressive campaigns by the powerful Israeli Lobby in the US have served to obstruct any meaningful US role in bringing about an end of the occupation and realizing justice for the Palestinian people. Faced with this reality, a growing number of concerned citizens in the US are turning to creative new approaches to bring an end to the Israeli occupation and Apartheid-Israeli style.

With many successes of the global BDS movement, this campaign has finally crossed the Atlantic. It is being duplicated in the US by individuals and groups in DC, Maryland, California, New York, Illinois, Pennsylvania, North Carolina and several other states, with active involvement of peace groups with diverse ethnic and religious composition.

Believers and Non-Believers, Christians, Jews and Muslims are becoming active in this movement. Americans are adopting the BDS campaign in their local communities to build a broad national movement. They are taking this issue out of the hands of the few gatekeepers to engage mainstream Americans in their cities, town halls and houses of worship.

They have come to recognize that BDS is a potent domestic means to change the current official US role of backing Israel regardless of the human consequences. Like the international BDS campaigns, US BDS relies on the guiding principals set by the Universal Declaration of Human Rights, the Geneva Convention, UN resolutions and the International Court of Justice decisions on the wall and the Israeli occupation. The Hague Court stipulates the following: Settlers cannot be transferred into an occupied territory: The indigenous population of an occupied territory cannot be deported from the occupied territory regardless of motive; if a population must be transferred for security or military reasons they must return after security measures have been set in place.

In addition the International Court of Justice considers it a crime against humanity for any state whether in peace or war to engage in the collective persecution of “any identifiable group on political, racial, national, ethnic, cultural, or religious” grounds.

Significantly, the US BDS initiative reasserts the relevance of the Charter of Nuremberg which declared forced deportation and uprooting of civilian populations to be both a war crime and a crime against humanity. This is an opinion adopted by the world community to protect future communities from displacement and to avert a recurrence of the German Jewish experience during the Hitler regime when Germany oversaw the indiscriminate displacement of Jews, with millions perishing in concentration camps.

The US BDS campaign relies on the examples of the successful South African Anti-Apartheid Boycott model as well as the earlier Jewish United Boycott Committee Campaign when Jews and human rights activists developed an organized boycott campaigns of German goods that was implemented throughout Europe and the US between 1933-1945 to protest German war crimes and injustices perpetuated against Jews. The 1936 Jewish led boycott of the German Olympics was an aggressive popular campaign that helped educate the American public on the dire conditions and plight of Jews in Germany.

Building and strengthening the US BDS movement has become a major objective for many US peace and justice activists. The Palestinian BDS call was adopted by the UN Civil Conference and is currently being considered for adoption in the UN General Council in 2011. The likely endorsement of BDS by the General Assembly will express the consensus of world public opinion thereby creating a basis for BDS to be implemented by member states, as well as being recognized as a legitimate tool for corporate ethical accountability on this and other human rights issues.

The current Israeli government ‘s arrogant refusal to consider suspending settlement building – never mind end its illegal occupation of Palestinian land – has so far only generated pathetic rhetorical protests from the US governement with no consequences. Massive US military and financial aid to Israel continues. Observing this travesty has been a major factor in encouraging ordinary Americans to implement the Palestinian BDS call. The US BDS movement has a real potential to change the political paradigm that has exacted a heavy price on Palestinian and Israelis people. Without justice for the Palestinian people Israelis will continue to live in a highly militarized state without a prospect for real peace and security.

And realizing a just peace in the Middle East would have huge positive consequences for all of humanity, by contributing to global demilitarization, thereby freeing up resources needed to confront the multifold challenges posed by the increasing threat of catastrophic climate change and unmet human needs here in the US and especially in the global South.