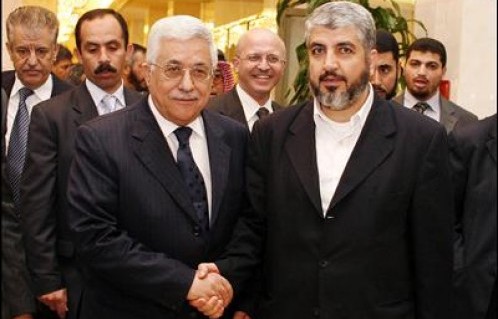 Israeli officials have expressed alarm at a succession of moves by the interim Egyptian government that they fear signal an impending crisis in relations with Cairo.

The widening rift was underscored this week when leaders of the rival Palestinian factions Hamas and Fatah signed a reconciliation pact in the Egyptian capital. Egypt’s secret role in brokering the agreement last week caught both Israel and the United States by surprise.

The Israeli prime minister, Benjamin Netanyahu, called the deal “a tremendous blow to peace and a great victory for terrorism”.

Several other developments have added to Israeli concerns about its relations with Egypt, including signs that Cairo hopes to renew ties with Iran and renegotiate a long-standing contract to supply Israel with natural gas.

More worrying still to Israeli officials are reported plans by Egyptian authorities to open the Rafah crossing into Gaza, closed for the past four years as part of a Western-backed blockade of the enclave designed to weaken Hamas, the ruling Islamist group there.

Egypt is working out details to permanently open the border, an Egyptian foreign ministry official told the Reuters news agency on Sunday. The blockade would effectively come to an end as a result.

Israel and the US have insisted that the Palestinians can achieve statehood only through negotiations with Israel. Talks have been moribund since Israel refused last September to renew a partial freeze on settlement building in the West Bank and East Jerusalem.

According to analysts, the interim Egyptian government, under popular pressure, is consciously distancing itself from some of the main policies towards Israel and the Palestinians pursued by Hosni Mubarak, the Egyptian president overthrown by a popular uprising in February.

Mubarak was largely supportive of Israel and Washington’s blockade policy to contain Hamas’ influence. Egypt receives more than $1.3 billion annually in US aid, second only to Israel.

But the popular mood in Egypt appears to be turning against close diplomatic ties with Israel.

A poll published last week by the Pew Research Centre showed that 54 per cent of Egyptians backed the annulment of the 1979 peace treaty with Israel, with only 36 per cent wanting it maintained.

Israel’s Yedioth Aharonoth daily reported this week that Egyptian social media sites had called for a mass demonstration outside the Israeli embassy tomorrow, demanding the expulsion of the ambassador, Yitzhak Levanon.

Another unnamed official told the Jerusalem Post that “the upgrading of the relationship between Egypt and Hamas” might allow the Islamic movement to develop into a “formidable terrorist military machine”.

Silvan Shalom, Israel’s vice-premier, told Israel Radio on Sunday that Israel should brace for significant changes in Egyptian policies that would allow Iranto increase its influence in Gaza.  Egypt’s chief of staff, Sami Hafez Anan, responded dismissively on his Facebook page to such statements, saying, “Israel has no right to interfere. This is an Egyptian-Palestinian matter.”

In a sign of Israeli panic, Netanyahu is reported to be considering sending his special adviser, Isaac Molho, to Cairo for talks with the interim government.  In recent weeks, Netanyahu has repeatedly complained to visiting European ambassadors and US politicians about what he regards as a new, more hostile climate in Egypt.

Late last month Elaraby said Egypt was ready to “turn over a new leaf” in relations with Tehran, which were severed after the signing of the Israeli-Egyptian peace treaty more than three decades ago. Egyptian offiials have also warned that the supply of natural gas to Israel may be halted. The pipeline has been attacked twice on the Egyptian side, including last week, in acts presumed to be sabotage.

Even if Egypt continues the flow of gas, it is almost certain to insist on a sharp rise in the cost, following reports that Mubarak and other officials are being investigated on corruption charges relating to contracts that underpriced gas to Israel.  Yoram Meital, an expert on Israeli-Egyptian relations at Ben Gurion University in Beersheva, said Egypt’s policy change towards Gaza threatened to “provoke a severe crisis in Egyptian-Israeli relations” by undermining Israel’s policy of isolating Hamas.

With the toppling of Mubarak’s authoritarian regime, Meital noted, the Egyptian government is under pressure to be more responsive to local opinion. “We are at the beginning of this crisis but we are not there yet. However, there is room for a great deal more deterioration in relations over the coming months,” he said.  Analysts said Cairo wanted to restore its traditional leadership role in the Arab world and believed it was hampered by its ties with Israel.

Menha Bahoum, a spokeswoman for the Egyptian foreign ministry, told the New York Times last week: “We are opening a new page. Egypt is resuming its role that was once abdicated.” That assessment is shared by Hamas and Fatah, both of which were looking to Egypt for help, said Menachem Klein, a politics professor at Bar Ilan University. He noted that Abbas had lost his chief Arab sponsor in the form of Mubarak, and that the Hamas leadership’s base in Syria was precarious given the current upheavals there.

With growing demands from the Palestinian public for reconciliation, neither faction could afford to ignore the tide of change sweeping the Arab world, he said.  Meital said: “We are entering a new chapter in the region’s history and Israeli politicians and the public are not yet even close to understanding what is taking place”.

A shorter version of this article first appeared in UAE daily, The National.