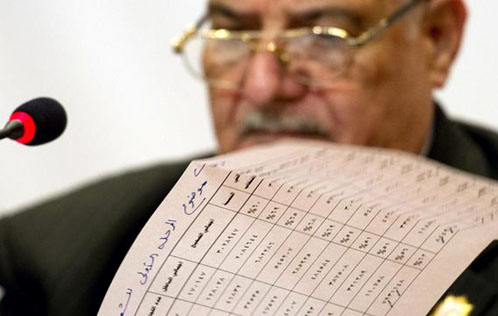 Like then, the results of the first round of parliamentary elections were out and the ruling National Democratic Party had had won a sweeping victory, a testament to 30 years of “unfaltering achievement.”

A year on, and my bitterness and indignation have given way to a convoluted sense of gratitude. Had those elections not been so blatantly rigged, the January uprising that toppled Egypt’s 30-year dictatorship might have never happened.

On Nov. 28, to repeat the sarcastic opening words of last year’s editorial, “the people of Egypt have spoken.” The first of a three-round People’s Assembly election process has not only elicited astonishment at the sheer number of Egyptians who lined up for hours to cast their vote in nine governorates, but was also a slap in the face to anyone who dismissed Egyptians as unprepared for democracy.

Despite some reported irregularities and violations by some parties which breached the campaigning ban, there were no reports of voter intimidation, ballot-stuffing, chaos or thuggery which characterized previous rounds under the ousted Mubarak, who must be rolling in his sick bed as he sees how the Egyptian people he so despised, have once more captured the world’s imagination with a level of pro-active political engagement no one could have ever foreseen.

But while the Egyptian people were ready for the democratic process, the state was still staggering, with most of the negative observations involving logistical errors such as unstamped ballots or judges arriving hours late.

Another myth that was proven unfounded over the past week is that the security vacuum is unsalvageable without serious human rights infringements such as excessive use of force and military trials. When the state decided to impose law and order, it did so, with almost no incidents of electoral violence on record. True that it cost the deployment of 125,000 army troops to aid the civilian police force to achieve that, but it worked. This is what should have been done from the early days of the uprising and when a curfew was still imposed, instead of randomly rounding up thousands and subjecting them to illegal exceptional courts.

As expected, preliminary results have indicated that Islamists, namely the Muslim Brotherhood’s Freedom and Justice Party, are taking the lead in most constituencies. But it was heartening also to see that the more liberal Egyptian Bloc was a worthy adversary in some. The big shock was the rise of the Salafi Al-Nour Party, which so far seems to be the runner up after the FJP, even exceeding it in the rural governorate of Kafr El-Sheikh.

If similar patterns are repeated in the next two rounds, then it’s likely that the Islamists will perform slightly better than expected, perhaps raking over 40 percent of PA seats.

What astounds me, however, is the over-hyped reaction of none-Islamist parties and blocs to those preliminary indications, as if Egyptians and the international community hadn’t been discussing and dissecting the issue to death over the past 10 months.

Apart from the flood of incredibly witty jokes tackling the social impact of an Islamist takeover, any self-important conjecture as to the behavior of an Islamist inspired PA or Cabinet only serves to feed a contrived religious polarization that has been fuelled by a handful of vocal extremists on both ends of the spectrum.

A plunge into the abyss of identity politics will be an act of political suicide by any Islamists in power, who, no doubt, will be forced to make compromises when and if they assume authority. It’s hard to imagine that Islamists will channel their effort on imposing a dress code on women or on closing down bars when half of the Egyptian population is living either under the poverty line or on the cusp of poverty. The day the bikini and the burqa become their sole concern, is the day they will be voted out of office either in the polls or in Egypt’s freedom squares.

There can be no going back to the suppression Egyptians have endured.

While one may not agree with their world view on an ideological level, the FJP must be commended for their proven organizational ability and their unwavering commitment to public service which continued unflinchingly despite the systematic crackdown the Brotherhood withstood for over 60 years.

It is unclear now whether the winning bloc in parliament will name a new Cabinet when both houses convene at the end of March, or whether the ruling army council will usurp this roll despite the fact that according to the new deadline, SCAF will hand over power to a civilian authority by the end of June 2012, only three months later.

Whichever way the results of this election goes, it will be paramount for any majority bloc to form a strong coalition government whose objective in the next five years would be to reconstruct the corrupted legal framework that has been so badly abused in the past to ensure a clear separation of powers and the strengthening and purging of all state institutions.

The defeatism that has led some to boycott the elections has unfortunately meant that they missed a golden opportunity to be part of the first step ridding Egypt of 60 years of military rule in a process that must continue to work in parallel with street action; a street that has proven time and again its power to keep those in power in lockstep towards meeting the people’s aspirations.