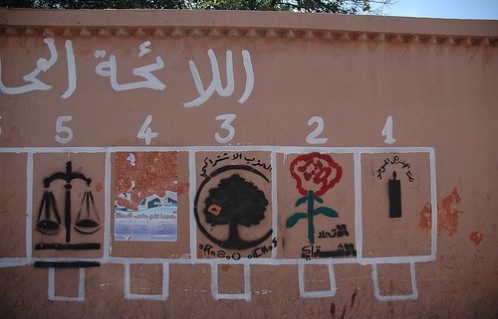 Last Thursday (May 26th) during his visit to the United States, Moroccan Finance Minister, Salaheddine Mezouar, put an end to rumours that the elections, originally scheduled for September 2012, might take place in October 2011 or early 2012. He announced the parliamentary election date as October 7th. This has surprised some analysts as it is only three months after the Moroccan people get to vote on the referendum on a new constitution.

Back on March 9th, HM King Mohammed VI announced sweeping reforms, including a new constitution, an ‘independent judiciary”, and a popularly elected prime minister. Political, economic, social and cultural rights will be expanded, the sovereign said. He pledged to bolster political pluralism and invigorate the role of political parties.

“The new draft constitution will be submitted to the people via referendum for adoption and implementation,” the king said.

A new commission, headed by university professor Abdeltif Mennouni, will work on the constitutional revisions until June when the draft constitution goes to the people for a vote of “yes” or ‘no”.

According to a report carried by Magharebia.com, the Prime Minister, Abbas El Fassi and the Istiqlal Party were among the first ones to call for early parliamentary elections. “Morocco should not wait till next year and must hold the vote immediately after the July 1st referendum,” the prime minister argued. “We must respond to the changes that Morocco is undergoing and the demands of all segments of Moroccan society in order to avoid political one-up-man-ship.”

Not everyone agrees. The Justice and Development Party (PJD) Secretary-General, Lahcen Daoudi, warned against “rushing” the vote, arguing that the elections cannot take place as early as October and time is needed to raise public awareness of the provisions of the new constitution.

“We want to get rid of this government, but not in this manner,” he said. “Early legislatives could be held in May 2012.”

Political analyst Lahen Touhami held a different opinion, telling Magharebia.com that the October date would leave enough time to prepare for the legislatives.

“Parliament and the government must now speed things up so that election-related laws – for instance, with regard to the way the country is divided up into unitary authorities and voting arrangements – can be adopted,” he said.

For her part, February 20 Movement member, Habiba Chikhi, hoped that the reform process would give way to “a new team and a new way of working within both parliament and the government”.

“The dissolution of the current government and parliament is among the movement’s unchanging demands,” she reiterated.

Given the mounting international pressure over police tactics at peaceful demonstrations, change does need to happen quickly. Moroccan anti-riot police broke up a series of week-end protests, drawing international criticism. The European Commission on Monday (May 30th) expressed concern at “the violence used during the demonstrations”.

“We call for restraint in the use of force and respect of fundamental freedoms. Freedom of assembly is a democratic right,” spokesperson Natasha Butler said. “We call on Morocco to maintain its track record in allowing citizens to demonstrate peacefully.”