Dual Citizenship in Jordan: Not Acceptable 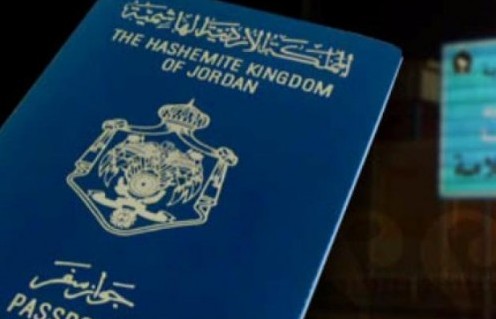 Senators have been forced to quit and ministers have handed in their foreign passports to their respective embassies. This has all been part of the latest constitutional amendment taking its toll, which states that public officials, including parliamentarians and ministers, cannot hold dual citizenship. The reason? Foreign citizenship allows officials to be protected by laws of foreign governments and thus cannot be held accountable by Jordanian laws. Suddenly, after all that has happened and continues to happen in the country, the Jordanian state is concerned with holding people accountable.

I was not inclined to say anything about this topic despite its growing controversy. I, like others, feel it has become another distraction that crowds out the more important issues – genuine mechanisms of accountability being one of them, and genuine pursuits of good citizenship being another. And as a dual citizenship holder, my opinion will likely be skewed. But then again, this is a blog, and possessing a personal opinion is kind of the whole point. So I’ll attempt to argue from a both objective and subjective view, and put aside the arguments that others have made pertaining to this being a discriminatory policy that contradicts the clauses of equality engrained in the constitution.

First, there are two arguments to be made: an economic one and a political one.

I think some of the most pragmatic Jordanians are those who managed fortunately to study or work abroad. Many of those people carry foreign passports and if they are working in Jordan’s political sphere, then the country, theoretically, stands to gain from their educational and professional qualifications. I might also argue that many of these people are genuinely looking to serve their country given the fact that despite a foreign citizenship they’ve decided to bypass better standards of living abroad to live and work in Jordanian politics. By eliminating these people from the picking, you now have a smaller and more filtered labor pool to choose from. The high echelons of the public sector will end up facing much of the problems that the private sector faces today: a labor pool of not-as-qualified candidates who are homebred and have little to no foreign experience.

In the private sector, having that foreign experience is always a plus simply because there is a general consensus that our educational system is a mess, and it is. Anyone who has studied here knows it, and anyone who has had the good fortune to study in both worlds knows the contrast very well. Thus, local employers seek out Jordanians with foreign experience over a local portfolio because of those qualifications, especially for the more senior positions. The way the private sector looks at the labor pool is, simply put, pure. It is apolitical and completely neutral, simply because the bottom line is always the profit margins. Hire better employees to gain higher profits. Politicize those positions, and you stand to lose.

Our public sector works in the exact opposite way. Pretty much every position in the government is politicized. Not just on the ministerial level but on every level. Even government beurcratic employees tend to gain their position through nepotism and connections, and their employment is usually secured for them by those possessing political power – be they ministers, member of parliament, senators, former officials, royal court officials, etc, etc. This methodogly of employment has of course demonstrated its faults time and time again. The unqualified will always be able to secure a job over the qualified. I would also argue that a great deal of those who are qualified and willing to pursue a low paying public sector job instead of a private sector job are more willing to forego the opportunity cost for a chance to genuinely serve. This is not to say that everyone who is qualified and wants a government job does so out of a desire to serve, but the number of people who genuinely want to serve increases by default of the meritocracy. In contrast, a great deal of unqualified secure public sector positions through nepotism simply because the private sector doesn’t want them, and government jobs come with a minimal safety net that the private sector, for the most part, has not been able, or willing to provide.

So the economic argument is quite simple: we are now encouraging a system where the under-qualified gain favor over the more-qualified, and thus further eroding any chance that our public sector may one day become a meritocracy. For good measure, I’ll emphasize again that these are generalizations but I believe that for the most part they are true even though they do not apply, obviously, to every single case. That said, those who do hold foreign citizenship and did come back to the country to genuinely serve politically, have now been given a disincentive to pursuing such goals. This door has been closed to them.

The political argument, in my opinion, is that this is simply another maneuver to engrain a cheap sense of loyalty in a country that has a major identity crisis, which is largely deliberately ignored by the state. It is just another way of questioning people’s loyalty to a country that is consumed with loyalty issues that border on the paranoid, if not xenophobic. If you are willing to give up a foreign citizenship to serve in government, then you are making the ultimate statement of loyalty. It’s very much like high school. You cannot divide your loyalties to two different cliques; you’ve got to pledge your loyalty to one group in order to be accepted at all. In lieu of genuinely tackling the identity question in Jordan, those appointed with the task have chosen instead to ill-define Jordanian identity, filling it with notions of “family units”, religious prerequisites, and singular citizenship. Creating a linear citizen in a globalized world.

If accountability was really the issue, this could have been resolved by establishing specific legal restrictions on those holding dual citizenship and public office without resorting to the country’s most rigid document, the constitution. Pursuing this through constitutional clauses is an indication that the issue stems beyond mere accountability objectives and more towards the loyalty question: the “Jordanization” of high political office. Now, the country’s most important document, one that determines the entire legal framework and operation of this Kingdom, is making an indisputable statement: dual citizenship means dual loyalties.

From a personal and subjective point of view, I’ll say this. I was born and, to some extent, raised in Canada. However, every inch of my being lies in Jordan. I feel very little connection to Canada despite all that it has offered me. Coming to Jordan at a very young age, a light bulb flickered on somewhere in my mind, and I felt a connection to something here that I did not feel anywhere else; a connection to my roots, and it was a novel feeling. Many people that I have spoken to who have similar backgrounds also had a similar experience, so I know I’m not alone. In fact, my parents were forced to retire early and move their entire existence to Jordan simply because during one summer vacation, at the age of 12, I refused to go back to Canada.

Anyone who graduates from university thinks about two things: establishing a good standard of living, and family. For those who studied abroad, many add a third factor – coming back to Jordan to serve the country in some capacity. This may seem trite or even sappy, but I can honestly say that many people I’ve come in to contact with over the past few years have held similar objectives. However, coming back to Jordan to serve means sacrificing the other two factors to a large extent; a willingness to accept a much lower standard of living and forgoing the family connection. For 20-something year olds this is a pretty big sacrifice to make during one’s so-called “transition years”. But this embodies my decision to come back to Jordan, and I think there are many out there who can claim the same thing.

With all that said, there is very, very little chance that I would ever sacrifice my Canadian citizenship simply to hold a government position. Why? While my connection to Jordan is much greater, certain realities will always dominate. If Jordan was able to offer me a tenth of what Canada has offered me, including universal health care, a progressive social security system, better and more affordable education, a universally-respected passport that allows for greater mobility, and the access to higher standards of living, then I might consider it. But it doesn’t. And it won’t any time soon. The fact that this very issue of dual citizenship is even an issue that was taken seriously and approved by the state is not only testimony to the fact that things are not progressing, but that the stage is being set for the country to actually start regressing. So for someone like me, an average citizen, to close that door of opportunity that I rely on as a safety net would be absurd. Not even the chance of securing a retirement package that pays out a monthly salary (at the public’s expense) long after I no longer serve.

I would assume that such a decision to relinquish foreign citizenship would be easier for HM King Abdullah, who I believe is entitled to a British passport by way of his mother, HRH Princess Muna, as well as HM Queen Noor who gave up her American citizenship – but to those of us who are ordinary citizens, other realities dictate the way we must live to secure a decent future for ourselves and our children. Dual citizenship is a way of doing so. No more, no less.

So, once again, a royally-appointed committee came up with a half-baked decision that was approved (and expanded upon) by a misrepresentative parliament that was elected through a flawed electoral law and stamped by a royally-appointed government, which has managed to fuel more social division over the identity question in this country than any of its predecessors during the past 30 years.

On the bright side, the private sector will, in due time, stand to possibly gain from all this as the small pool of qualified workers flow towards it, and away from a government arena that is not only dominated by nepotism (which already makes things difficult) but is now telling the qualified that their country’s constitution dictates that they have no chance for career advancement.

One Response to Dual Citizenship in Jordan: Not Acceptable