It’s peace process time again--and with it comes the trope that Israelis are ready for a two-state solution. That sentiment is accompanied by polls showing the same: that Israelis support the principle of two states for two peoples. But an examination of Israeli polls shows that nothing like a viable Palestinian state that would be acceptable to the Palestinian population is on the table. 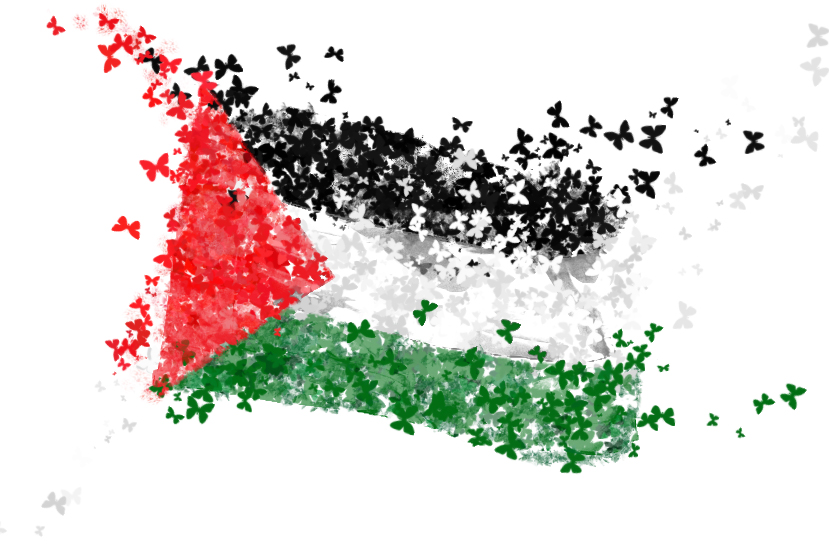 It’s peace process time again–and with it comes the trope that Israelis are ready for a two-state solution. That sentiment is accompanied by polls showing the same: that Israelis support the principle of two states for two peoples. But an examination of Israeli polls shows that nothing like a viable Palestinian state that would be acceptable to the Palestinian population is on the table.

With the peace process in overdrive, media consumers have been treated to a lot of hopeful thinking. In the past month, journalists and analysts have lined up to say that Prime Minister Benjamin Netanyahu has the support of the Israeli people to make a peace deal–if he would just go ahead and buck his right-wing coalition.

Writing in Foreign Policy, Brent Sasley says that there is “majority support, including among Jewish-Israelis, for talks and for a final settlement. One recent poll found that 62 percent of Israelis support a two-state solution.”

In a piece on why there’s hope for a two-state deal, The New Republic’s Ben Birnbaum writes that “two-thirds of Israelis—including a majority of Likud and Jewish Home (!) voters—would support a peace deal that gave the Palestinians a state on 100 percent of the West Bank (with land swaps) with its capital in East Jerusalem.”

All three of those analysts link to articles in Haaretz and the Jerusalem Post that provide details on the same poll: a December 2012 study conducted by the S. Daniel Abraham Center for Middle East Peace showing that right-wing Israelis would support a Palestinian state. The polls–there were two in total commissioned by the center–surveyed Habayit Hayehudi and Likud voters, and found that the majority of them would support a Palestinian state. Conflict solved!

Not so fast. The devil is in the details when it comes to a Palestinian state.

As Haaretz’s Barak Ravid reports, the Palestinian state accepted by these right-wingers would be demilitarized–and the kicker is that Israel keeps all of the settlement blocs in this imagined deal. That means the settlements of Ma’ale Adumim and Ariel–two settlement “blocs” that are considered “consensus” settlements, or settlements that Israelis believe they will keep in a permanent peace agreement. Both Ma’ale Adumim and Ariel slice and dice the West Bank into pieces that take a viable Palestinian state off the table. And that’s just talking territory. Never mind the discussion about a demilitarized state.

“Ma’aleh Adumim was established to break Palestinian contiguity,” Benny Kashriel, the mayor of the settlement, said in 2004.

And even the leaders of the Palestinian Authority, who have shown themselves willing to give Israel a lot, were resistant to a deal that would keep Ariel in the hands of the Israelis, as the Palestine Papers showed. The same goes for the Palestinian population at large–especially since Ariel sits on top of major water resources that were once in Palestinian hands.

A more recent poll conducted in June 2013 and cited by Sasley found that 62% of Israelis would support a two-state solution. But the same poll states that about 54% oppose dismantling most of the West Bank settlements, though the specifics of which settlements Israelis oppose dismantling are missing from the polling data.

It may be, as Sasley wrote, that “public opinion in Israel has historically followed leaders’ efforts when they’ve pushed major decisions on war and peace.” But when you have a leader like Benjamin Netanyahu, who has vowed that Ariel and Ma’ale Adumim will remain in Israeli hands forever, there isn’t much cause for optimism.

And a brand new poll concludes that 63% of Israeli Jews are steadfastly opposed to a West Bank pullout, even a pullout in which Israel gets to retain Ariel and Ma’ale Adumim. The desire to hold on to those two mega-settlements at any cost indicates an even more extreme position than previous polls showed.

Taken together, the polling data shows that Israelis are decidedly not interested in a peace deal that would give Palestinians a viable state of their own. It’s a depressing fact that steadfast believers in the peace process refuse to acknowledge. If they did, they’d have to concede that Israeli society is too wedded to the continuing colonization of Palestine for a Palestinian state to come into being.

One Response to Do Israelis *Really* Want a Palestinian State?