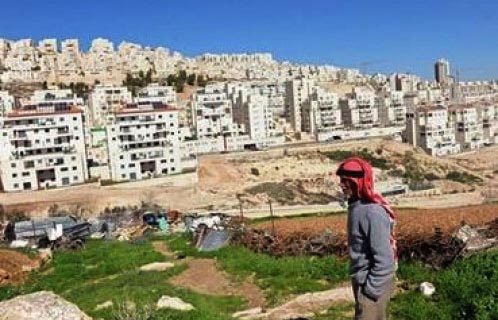 Nearly two years ago I was sitting in a gilded hall in Cairo as Barack Obama called for democracy in the Arab world and an “end” to the settlements in the West Bank. Wild cheers. Now the kids in the hall have followed through on one part of his challenge, in Tahrir Square, and Obama went along with them, in the end.

The U.S. veto was strongly opposed by Arab nations and much of the rest of the world, especially at a time of growing street protests in the Mideast, fueled by hopes for democracy. An abstention would have angered the Israelis, the closest U.S. ally in the region, as well as Democratic and Republican supporters of Israel in the U.S. Congress.

Lest you had any doubt who’s running the show in Washington, it’s not J Street, the liberal Zionist lobby that urged Obama to go along with the resolution, no, it’s Gary Ackerman and the hardline lobby Jennifer Rubin, who warned the president not “to join the pack of jackals that seek, at best, to extract concessions and impose a deal on Israel and, at worst, delegitimize Israel.” Here’s part of Jerry Haber’s great post on the matter, pointing to the lobby (that’s 16th Street in the last line).

Thank you for holding the Palestinians hostage to a non-existent (fortunately) peace process.

Thank you for making America the only country in the world to support Israel on this matter.

Thank you for contradicting long-standing US policy on the settlements.

Thank you for not abstaining on this vote – which is what the US has done in the past.

Thank you for talking the talk on settlements but not walking the walk.

…Thank you for allowing Israel to kill any chance of a two-state solution.

Thank you for making the United States irrelevant in the Middle East.

And Shabbat Shalom from your neighbor up 16th Street.

Phyllis Bennis at Alternet is optimistic that the U.S.’s “sordid history” of using its veto, which was wielded today by Susan Rice, very defensively, with prattle about this not being the right venue to stop a regrettable practice, will lead to progress:

“The Middle East is in the throes of a new wave of democratic revolutionary motion, and it is high time Palestinians were able to be part of that wave. So while the U.S. use of the veto remains part of a sordid history, this time, this veto may be different. This time, the veto may actually help set the stage for a much greater possibility of the kind of international engagement in the United Nations that could, in partnership with the mobilization of Palestinian and global civil society working on boycotts, divestment and sanctions and with growing opposition to U.S. military aid, move once and for all to end the Israeli occupation and Israeli apartheid.”

“President Obama wants to tell the Arab world in his speeches that he opposes settlements, but he won’t let the Security Council tell Israel to stop them in a legally binding way,” said Sarah Leah Whitson, Middle East director at Human Rights Watch.

On the last day before the vote, the President called Palestinian President Mahmoud Abbas. The Israeli press reported that “In a 50-minute phone call, he asked Abbas to drop the resolution and settle for a non-binding statement condemning settlement expansion, Palestinian officials said. Abbas on Friday received a follow-up call from Secretary of State Hillary Clinton on the issue, the Palestinian news agency Wafa said.” But apparently the President did more than ask: “One senior Palestinian official, speaking on condition of anonymity, said the offer, made in an hour-long phone call from Obama, was accompanied by veiled threats of ‘repercussions’ if it were refused.

Abbas rejected the Clinton and Obama appeals and/or ignored their threats, in itself a sign of reduced American diplomatic influence. The American veto will have angered Palestinians even more….

Feeling guilty about its veto the Administration then issued an extraordinary “explanation of vote,” read by UN Ambassador Susan Rice. Though we had to veto, she explained, “we reject in the strongest terms the legitimacy of continued Israeli settlement activity. For more than four decades, Israeli settlement activity in territories occupied in 1967 has undermined Israel’s security and corroded hopes for peace and stability in the region. Continued settlement activity violates Israel’s international commitments, devastates trust between the parties, and threatens the prospects for peace….While we agree with our fellow Council members—and indeed, with the wider world—about the folly and illegitimacy of continued Israeli settlement activity, we think it unwise for this Council to attempt to resolve the core issues that divide Israelis and Palestinians. We therefore regrettably have opposed this draft resolution.”

Abrams is right [to criticize Obama’s mixed messages] from any perspective. The Obama administration is diplomatically incompetent. Was this Obama, Clinton, Indyk. or Ross, or a combination of the four? Given what is happening in the region it marks of one of America’s great self-inflicted wounds. The president has admitted that Washington is clearly Israeli occupied territory and that its interests trump those of the United States.