Democracy Gets off to ‘a Flying Start’ in Egypt 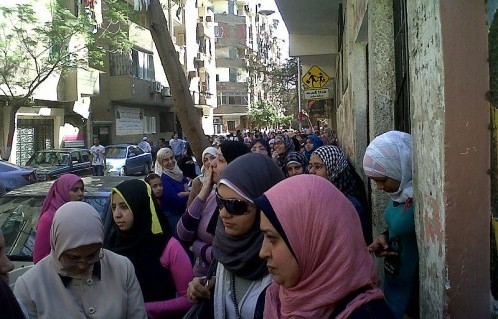 On 19 March, Egyptian voters approved a package of constitutional amendments recommended by a committee that was appointed by the transitional military government. With the exception of an angry mob that attacked presidential candidate and former IAEA Director-General Mohammed ElBaradei as he tried to cast a “no” vote, voting was peaceful and orderly, with all parties endorsing the process and accepting its result as valid.

The outcome attests to the trust most Egyptians place in the Supreme Armed Forces Council to manage their democratic transition. It also gives us a substantial indication of which parties in Egypt enjoy the strongest electoral support – the Muslim Brotherhood and former Egyptian President Hosni Mubarak’s own National Democratic Party (NDP).

Forty-one per cent of Egyptians turned out to vote in the referendum to amend the Egyptian constitution – the highest turnout Egypt has seen in decades. On this fact The New York Times quoted Mohamed Ahmed Attia, Chairman of the Supreme Judicial Committee: “We had an unprecedented turnout because after Jan. 25 people started to feel that their vote would matter.”

While this turnout is only about what we Americans can expect in a mid-term congressional election, it is nonetheless a sign of an Egyptian voting public coming to life: as future elections and habitual party behaviour establishes reputations and normalises political expectations, turnout will rise, thus reflecting whether, when and how people really want to vote.

This will benefit the Egyptian people because it consolidates a set of constitutional changes that will reduce executive power and clarifies when elections will happen. But the referendum was also a plausible show of support for the parties campaigning for or against these constitutional changes.

The only two political parties that endorsed a “yes” vote on the proposed constitutional amendments were Mubarak’s NDP and the Muslim Brotherhood. All other parties opposed the referendum out of a desire for more radical reforms (among them revocation of the president’s power to appoint some seats in parliament, command of the military and the hated state security police, and power to dissolve parliament) and partly to gain time to organise their platforms and campaigns.

Does the 77.2 per cent turnout in favour of these amendments indicate wide support for the Muslim Brotherhood and the NDP in the upcoming elections?

Some affiliates of the new parties endorsed the referendum, out of faith that the Egyptian public is ready for elections and because they were mostly concerned that elections happen quickly. But the young activists who formed the core of the democratic movement in the streets of Cairo and Alexandria mostly opposed the referendum – even visibly so. Essential as they were to Egypt’s ongoing revolution, the young urban demonstrators appear to be a small political minority.

Egypt’s majority seem comfortable with the Muslim Brotherhood and/or Mubarak’s old NDP. Of course, Egypt’s next president will probably be a profound improvement over Mubarak. The current presidential favourites are ElBaradei and Amr Moussa, Secretary General of the Arab League. The Muslim Brotherhood and, so far, the NDP aren’t fielding candidates in the upcoming presidential election. So, Egypt’s next president will probably be a reformer, but he will be weaker and face a conservative parliament.

Egypt’s constitutional referendum was a compelling show of electoral force by the majority of Egyptians who exhibit far deeper allegiance to the traditional political brands than to calls by activists for extensive institutional redesign.

Do I believe that democracy with such a conservative bent will still be good for Egypt? Yes, absolutely.

It will be good for everyone in the long run if the Egyptian people are able to participate in politics and hold their leadership accountable. What matters most is simply that their democracy functions.

Jason Petrucci is a Ph.D. candidate in the Department of Government and Politics at the University of Maryland, College Park. This article was written for the Common Ground News Service (CGNews).