Demands of Bahraini Protestors are ‘do-able’ 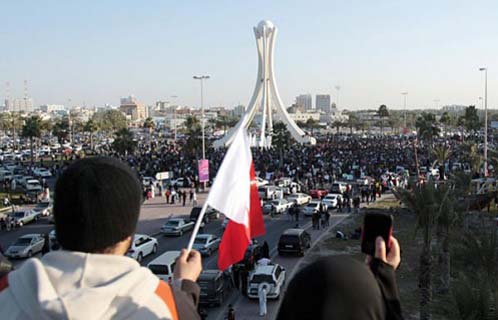 Just about everybody expected protests in Bahrain. Most expected serious problems for the Government. Some expected some stiff repression. Few thought that the governmental pay off (over $2500 per family) would sate protesters.  No-one expected governmental forces to open fire on sleeping protesters in the middle of the night.

The Bahrain situation is far trickier, it seems to me, than Egypt and Tunisia. While, of course, in the latter two countries there are many people who are enfranchised by the government i.e. on their side, they were, I’d have thought, in the minority. Yet this is not as much the case in Bahrain.

Yes, I know that a few years ago the statistics were that Bahrain was made up of 70% Shia and 30% Sunni. Yet this has changed. Wholesale importing of Sunni from, well…anywhere, has taken place and this divergence has been, so some degree, redressed. Though specific numbers are difficult to come by, a 55-60% Shia majority sounds about right to me. Moreover, one must not just boil this down to an ethnic issue. Economics is perhaps the key divider, though this does, of course, tend to split somewhat down ethnic lines.

Either which way, this leaves a very sizeable proportion of Bahrain’s population – at the very least a third – largely supporting the government. While it is possible to see this as a recipe for a nightmareish civil war, I expect, thanks largely to the shootings, the Government to give in quite some way.

It is hardly as if the Shia or, to put it a better way, those disaffected with the government, have hugely outlandish desires. Sure, some want to get rid of the Monarchy but most just want some kind of equality and – here’s that watchword of the revolutions so far – respect