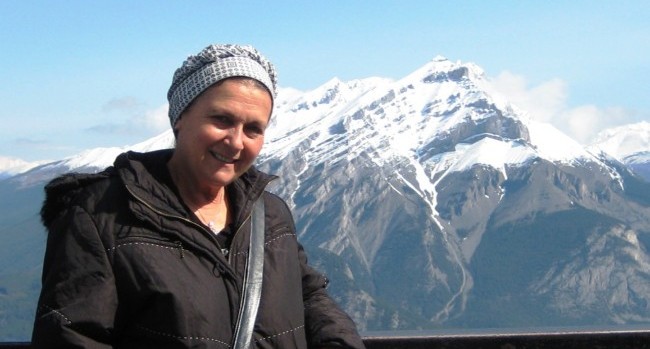 Days before John Kerry is poised to arrive in the Middle East for another round of direct negotiations between Israeli and Palestinian leaders, ten thousand Israelis marched in the hills east of Jerusalem in a protest organized by a founder of extremist settler groups. The event was led by Daniella Weiss, 69, a three-decade veteran of clandestine settler organizations and one of the first to mobilize “price tagging” rampages in Palestinian cities, and her project the Nachala movement.

Weiss’s group bussed in the demonstrators from religious schools across Israel while others, yeshiva students in Mechiva, a one-year religious program after high school, were transported on buses paid for by the government-funded schools.

Speakers at a rally in the upscale settlement of Ma’ale Adumim and a dusk celebration inside of the occupied land called E1 included members of Knesset and government ministers. Although Nachala organizers said national figures including Minister of Economy Naftali Bennett and Likud’s Miri Regev were scheduled to address the crowd, none of the mainstream right leaders showed.

When the youth protesters first gathered in front of a shopping mall, the atmosphere was like summer camp. The cohorts belted spirited and atonal sing-a-longs. After an hour-long march through the sand swept hills of E1, the evening rally appeared more like a Meir Kahane festival than a pubescent love-Israel affair. By sundown reels upon reels of “Kahane was right” stickers plastered the arms of the pro-settler youths from cities as far as Eilat and Mitzpe Ramon– honoring a militant Zionist who supported removing Palestinians from the occupied territories. A group of adults chanted, “No, no Kerry!” A band serenaded the youths with “Am Yisrael Chai,” the unofficial anthem of Kahane rallies during the 1980s.

Speakers at the evening event included Weiss, Uri Ariel, the minister of housing and construction, and Ze’ev Elkin, a member of Likud and the foreign deputy minister of Israel. While Weiss was a known participant in the Jewish Underground, and is considered today a mother-hen to the hilltop youth, having been investigated for harboring wanted vandals, Ariel and Elkin also have ties to extremist groups despite their standing in government. In 2011 a group of settlers attacked an IDF base. A year later both Ariel and Elkin admitted to aiding the violent wildcats by informing them of IDF positions.

Thirty years ago Weiss had a reputation as a menace. As a member of the Jewish Underground, a loose network of followers of the extremist Rabbi Kahane, Weiss attained high standing when she was appointed as the General Secretary of Gush Emunim, a nationalist-religious settler organization with its own ruffian shadow group, in 1985.

Months before the start of the first Intifada, Weiss organized what the Israeli Defense Forces called a “pogrom” in Qalqilya, a siege-like takeover of the Northern West Bank Palestinian city. After days of firebombs the Israeli military was brought in to suppress the 1987 settler attack, dubbing it the “night of bottles.” The Israeli legal rights group Yesh Din said, “she managed to get away with a fine and a suspended sentence,” marking the “tradition of our courts of being merciful toward hooligan settlers.”

The 1987 riot was under the advisement of one of Weiss’s Gush Emunim council members, Rabbi Moshe Levinger, a foremost member of the Underground, and Weiss’s spiritual adviser. Levinger has been arrested nearly a dozen times, for crimes ranging from beating a six-year old to killing two Palestinians. In the latter case, he was convicted of manslaughter. Levinger is also one of the co-founders of the radical Kiryat Araba settlement near Hebron. Today he is retired from the Underground and lives in Hebron.

In the 1980s Weiss’s extremism caused a split in Gush Emunim, where members viewed her post as a veiled pulpit for violence against the Israeli military and Palestinians. “The current leadership of Gush Emunim is functioning like a committee for the underground detainees and has become an arm of the terror organization and therefore it is disengaging from the majority in the settlements and in the nation,” said Rabbi Yoel Bin-Nun, on Weiss’s reign of the organization. Bin-Nun and others left to form a new association of settlers.

Weiss lambasted settlers seeking relations with Palestinians as “collaborators.” After she was deposed, Weiss moved on to the Nachala movement where she founded illegal outposts, including Kedumim where she now lives and once was the town’s mayor.“Her close and informal contacts with members of Knesset,” noted professor Ian Lustick in For the Land and the Lord: Jewish Fundamentalism in Israel, gained Weiss the endearment of “the queen of the Knesset cafeteria.” She skillfully parlayed her leadership position to meet regularly with the late Ariel Sharon when he was minister of housing and construction. In the 1970s Weiss was one of the founders of Elon Moreh, the first settlement to built on “state owned” land in the West Bank. After years years of meetings with Sharon, acquiring state land became a mainstay tactic for contemporary Israeli expansion over the Green Line, implemented under Sharon’s tenure as Prime Minister.

But today Weiss has softened her rhetoric to reach the modern Orthodox youth of Israel with the Nachala movement, a group that initiates new illegal outposts in the West Bank. Yet Weiss still calls for the use of violence against Palestinians and left-wing Israelis, describing such actions as “ongoing rebellions.” She even attacked a group of activists from the anti-occupation group Machsom Watch at a checkpoint in 2004, when Weiss was well into her fifties. “Stoning is complicated, because stoning entails dangers,” said Weiss in an interview in 2008. “Damaging property, I don’t consider a sin, because the dearest property, the land [of Israel] is now in danger.”

However, Weiss’s extremist views went unknown past scores of the protesting Israeli youngsters on their school field trip to the West Bank. “A lot of them are not politically aware,” said David Charvith, 19, one of the Mechiva students, and pointed specifically at the Kahane stickers. Charvith said he does not condone murder– one of Kahane’s most controversial recommendations– and his assessment was that neither did the high-schoolers. “Just look at those girls, I don’t think they would hurt a fly,” he said motioning over to a group of teens in pencil skirts and light make-up.

In fact teenager after smiling, giggling teenager said they were not marching in E1 to protest Kerry or Netanyahu, as Weiss said from the stage, but to support Israel and the Jewish people. In fact, of a dozen teens I spoke with, most didn’t even know that the march was scheduled to take place on a controversial hilltop, and none could articulate its strategic importance to both Israeli and Palestinian negotiators.

“I don’t follow politics that much. I’m just here to help the general protest of anti-pressure from the American government,” said a 26 year old from Brooklyn who lives in Afula. “I guess I’m the wrong person to talk to.”