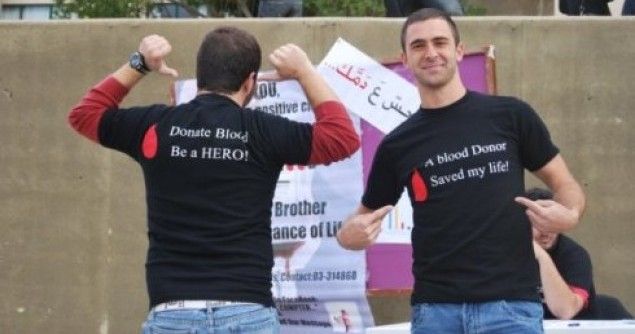 The 19 October bombing in Beirut shocked Lebanon and marked yet another chilling episode of tension in the country. For the country’s youth, however, apathy and helplessness was not on the agenda. Although politicians, it seemed to many, stayed focused on next year’s elections, civil society took the lead in offering support to those affected by the disaster. Demonstrating solidarity and patriotism, they made a real difference in bringing much-needed relief to those in need.

On the same day as the bombing, while the media reported on the many victims, a blood donation association Donner Sang Compter (whose name means to give blood without expecting anything in return) sent out messages on social media reminding the public that nearby hospitals were in need of blood. The news circulated in a matter of minutes as the call was relayed via Facebook posts and Tweets. Not only did this motivate people and succeed in securing much-needed donations, it gave individuals an opportunity to act and make a difference.

Offre Joie (Offer Joy), an apolitical, non-religious NGO was also among the many that decided to take action and are now rebuilding the homes affected by the bombings. Marc Torbey, a member of Offre Joie, explained: “We just couldn’t look at what happened and not do anything about it.”

Their main focus is offering support to the 51 families affected by the disaster. Young volunteers from all over Lebanon, representing all sects, are working around the clock to rebuild homes. “We’re all devoted, enthusiastic, patriots,” added Torbey. Offre Joie relies solely on donations and the efforts of volunteers to do its work.

Indeed, the efforts to provide support were not only effective, they were also an inspiration in a country in dire need of hope. The music club at Saint Joseph University in Beirut organised a concert as a fundraiser to help victims; local restaurants provided meals and individuals spontaneously offered to host families who were most affected.

As is now common in such situations, online social networks proved instrumental in organising these efforts, spreading the word and getting more people to join the cause.

On Twitter, the Ashrafieh for All movement was born. The spontaneous donation campaign started when Tinia Nassif, a young journalist and copywriter, and her friend Mario Goraieb joined forces and decided to take positive action immediately after the car bomb. “We were feeling angry, and through Twitter, we started thinking of what could be done to help people.”

With the hashtag #Ashrafieh4all they launched a call for food, clothing, toiletries and other essential items that victims needed. Donations were sent to a café run by Nasawiya (Feminism), a Lebanese feminist collective who offered their space. “Overnight, so many people came, bringing mountains of donations and asking us what else they can do to help, it was so touching,” says Nassif.

People went out to find families who had been affected and were living temporarily in hotels or with relatives, and delivered essentials like food and clothing. The next step will be to help displaced people to find a place to stay while their homes are being restored, and so Ashrafieh for All is creating lists of affordable furnished apartments available for rent to facilitate this process.

Lebanese are sick and tired of violence, and many are disillusioned by the actions of rival political factions. In demonstration of this, on 26 October, about 1,000 Lebanese marched in memory of the men, women and children who have been killed in political and confessional violence in the country. Civil society initiatives such as these show that an alternative is indeed possible.

Nada Akl is a freelance journalist based in Beirut.