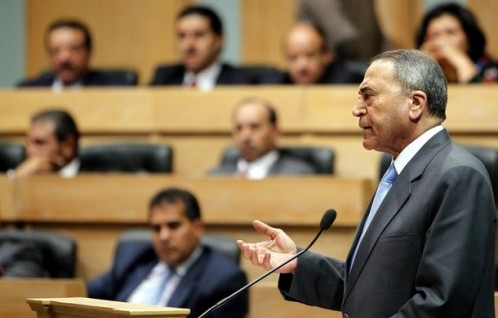 This ongoing story about the so-called “casino deal” has just been one mess after the other, and it just doesn’t seem to want to go away. In 2007, the Bakhit government supposedly signed a deal to create a casino at the Dead Sea, but last minute they pulled out of the deal supposedly due to the voices of opposition at the time. As a fine for pulling out, the government is said to have paid a significant figure, which has since been denied.

I have a few random thoughts on this whole case, which the online community has since dubbed “casinogate“.

First, this whole case is a mess. From top down it is a clear mess. The so-called investigation was handled by a parliamentary commission behind closed doors, when it would have been more appropriate to have it handled by an independent body, but alas, none exist in this country (thus a lost opportunity to cut the state strings attached to the anti-corruption commission).

What we have are their findings in a never ending report consisting largely of an infinite stream of interviews with former and current officials. If this was an attempt at using the “casino file” as a way to demonstrate to the public that the state is serious about tackling corruption, these meetings/hearings should have had an open door policy. For the commission to refer it to the parliament as it is the only body that can impeach ministers is in itself absurd. Immunity should be lifted from any such investigations, and heck, if we our officials are going to constantly tell us that “no one is above the law” then, simply put, no official in this country should have any sort of immunity to begin with.

Second, the arguments being made are hypocritical. In a extraordinary parliament session yesterday that did not seem to want to end, MPs went on and on about how gambling is Islamically forbidden. This is a country where the main reason Saudis and other Gulfies come here in the summer is because the weather is cooler and it’s full of bars and nightclubs. Are we seriously concerned about a casino? These arguments by the way were made by non-Islamists, so for those who are constantly concerned about an Islamic uprising in Jordan, which will inevitably somehow end in the establishment of a new Taliban state, I’d advise you to be more concerned with the degree of hypocritical cultural conservatism that continues to snap at the heels of progress in this Kingdom.

This whole case is one big distraction that has no credibility nor place in the public discourse. It has been forced upon us after so many years simply because the HM King Abdullah appointed Prime Minister Bakhit, who exited the prime ministry with this thing around his neck and came back in to the game with it still hanging there. From a political point of view, it had to be dealt with as it was naturally the issue everyone was talking about on the street shortly after the appointment. But at a time when we are dealing with some of the most important issues this country and region has ever been forced to face, our entire political apparatus, be it appointed or “elected”, is busy talking about a failed business deal. That’s what this is. Legal and constitutional arguments (of which I would argue there are few to begin with), at the end of the day that’s what this is.

A business deal that happened behind closed doors failed. What else is new? How many gigantic business deals has the government done behind closed doors? I’d argue it’s a majority. So what’s so different about this one? The difference is, gambling is sexy. It was a reason for everyone with a moral streak to came crashing in to cash in on the populism it can generate.

And so we hold private investigations, and then public sessions calling for the impeachment of the Prime Minister who seems to declare, at least publicly, that he didn’t know what was going on. And apparently the way it was conducted under the parliamentary dome speaks volumes as to the extent to which this case has been used for window-dressing. Watching that session, which some seem to be calling a “test of democracy”, made me sick to my stomach. If that’s the kind of democracy people are envisioning then we are on the absolutely wrong path. There are corruption cases that are much more legitimate and much more pressing in my opinion, and involve actual theft and bribery.

The conclusion of this, as of today, seems to be that the tourism minister of the former Bakhit government was acting on his own accord, even though he, Dabbas, has denied this recently. I honestly don’t know where the truth is and I highly doubt a minister has the capabilities to act on anything without anyone else knowing about it or being involved in it, especially in a country where even your next door neighbor knows what you had for dinner last night. And if that is truly the case, then I have tip my hat to the Prime Minister who managed to somehow put this thing behind him and handled it fairly well. I don’t know how much of this was induced by regional events and I assume much of it was. I highly doubt a former Prime Minister suspected of being involved in a corruption case would be so eager to refer this very issue into the public spotlight without there being public pressure to do so. That said, I don’t recall this many officials ever being called in for questioning on anything.

But the irony of all this is, however, quite beautiful, and could only be produced by 100% Jordanian political craftsmanship.

At the end of the day, we essentially have a parliament that is illegitimately elected due to it being “voted” in through a flawed electoral law that, less than one year later, everyone now suddenly recognizes as being flawed (as if the whole virtual district thing wasn’t a clue right out of the gate). And it is this same body, who has members that are said to be responsible for mobilizing young supporters to beat up and intimidate peaceful protesters and attack a foreign media office, who are asked to launch an investigation committee in to a deal that was done and over with four years ago and that nearly everyone had forgotten about until the Prime Minister responsible for it was appointed once again to fill that role. And to lead that body are members of parliament lead by a guy who burned an Israeli flag under the dome once, and almost set the building on fire.

But unlike this case.