‘Blessed Are the Peacemakers’: But Where Are They? 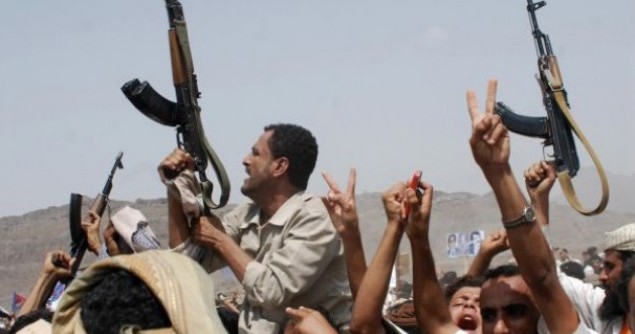 The epitome of Arabic greetings is salam alaykum, peace be upon you, but it seems that the Middle East harbors more harb (war) than peace these days. It can be argued that this is hardly new for a region that has seen more warfare over time than any other. Perhaps the characterization of the region as the Holy Land has as much to do with the amount of human blood spilled on its soil as for the number of prophets preaching peace. But today’s news cycle is particularly sad because nowhere does there seem to be much hope for furthering the peace that most people are dying to achieve. The violence drones on and on.

As former President Mubarak lies in a coma, many Egyptians are once again flooding Tahrir Square to contest the military’s coup-like takeover of political power, although perhaps it should be styled a makeover, since they have held de facto power all along and will continue to do so no matter who is elected. To Egypt’s south far less individuals took to the streets in Khartoum, protesting the Sudanese government. Although Somalia has been pushed out of the major news cycle, the situation there remains as volatile as ever.

Crossing over into Sinai, an Israeli construction worker was killed a few days ago and in the escalating tension Hamas has fired rockets at Israel and Israel has launched air raids in Gaza. Syrian violence continues but without the pretense of powerless monitors and the repaired helicopters that were being shipped from Russia. In Iraq pilgrims continue to be targets of bombs and pay for their devotion with their lives. In Yemen the military commander of the brigade that drove Ansar al-Sharia out of their southern base was killed earlier in the week by a suicide bomber. Even in Turkey there has been recent violence from Kurdish nationalists.

Long ago one of the prophets in this region said the immortal words: Blessed are the peacemakers. But how can they be blessed if they are absent? Why does the curse of the warmakers seem to outweigh efforts at peace? If Indeed we recently witnessed an “Arab Spring,” the reality is that spring is part of a seasonal cycle and not eternal. The “fall” of dictatorial regimes is still playing out, but the cold sectarian winds blowing out hopes for peace and the frosted rhetoric of intolerance do not bode well for the tender blossoming of sought freedoms. The region needs a Gandhi, not an Osama or an Assad. The region needs a salam dunk, not a harb to the right. But, if history is any gauge, there will still be no blessings to confer in tomorrow’s news cycle.