Getting Beyond ‘Yes’ and ‘No’ in Egypt 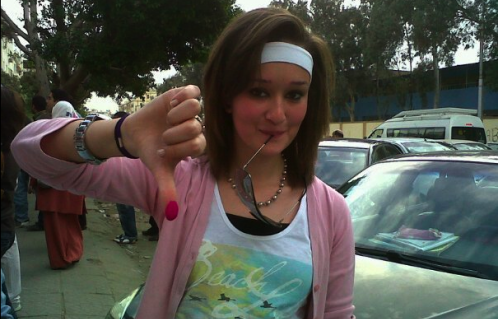 The ”yes” camp in the recent Egyptian referendum for constitutional reform, which was supposed to bring forward early parliamentary elections, got 77 per cent of the vote. The ”no” vote got the rest. And now people are trying to figure out what this means.

There are several things both the ”yes” voters and the ”no” voters should now consider, as Egypt heads towards September parliamentary elections, and the first constitution of a post-Mubarak Egypt. Much of it has to do with religion, extremism and politics in this country –a set of affairs that most Egyptians, after having experienced such a closely controlled country under former President Hosni Mubarak, frankly have little experience with. But there are some things that are clear from the outset.

The Muslim Brotherhood (MB) is, whether people like it or not, a significant force in Egypt. There are two corollaries to that. The first is that the MB needs to be brought into the political mainstream, which is still being constructed. The second is that it must be capable of accepting and responding to public criticism – and it should seek to address the mistrust that many, particularly religious minorities in Egypt, have of it. So far, it has not managed to do so – the Christians still fear it, and many liberal secularists are worried that the MB will turn Egypt into a Sunni Iran. Perhaps all these fears are unfounded – but they still need to be addressed.

Those that advocated the “no” vote have to be honest with themselves about why they lost. Many were tempted after the vote to blame it on the MB, and particularly on the conservative, orthodox-style Salafi preachers that had persuaded their supporters that a ”yes” vote was for Islam and a ”no” vote was against Islam.

The reality is that the ”no” crowd lost, by and large due to the lack of engagement it has had with the overwhelming majority of the population. They concentrated their efforts more on their support bases within Cairo, and to a lesser extent in Alexandria – and barely engaged with the overwhelming majority of Egyptians who do not live in those cities, and who have security as well as economic issues foremost on their minds. That, more than anything else, is what led to their defeat in the referendum, which was easily cast as a choice between security and insecurity.

The “yes” and “no” camps now have a vested interest in a common goal: a new Egypt that is far freer and more plural than that which came before it in the public arena. For the sake of national unity, they should try to come to a common platform, which at the very least includes some basic ingredients and fundamentally has to abjure deeply divisive partisan politics.

As the main Islamic political party in the country, the MB, for example, has the ability to reduce the religious sectarianism that is at risk of increasing in Egypt. Likewise, the “no” camp should openly accept that while they might be more partial to a secular outlook, Egyptian secularism will likely have to be quite open to religion if it is to be accepted.

That common platform must also look at the two camps as an incredibly diverse group. The MB is made up of many trends – not all of which feel the same way about various issues, and some of which are more liberal than others.

The same goes for the “no” camp, which is made up of much of Egypt’s intelligentsia, leftists, secularists, liberals and others, including many people of faith who have been responsible for a great deal of constructive religious revival in this country.

There is much to be gained from a constructive engagement between the two camps in a spirit of national unity – far more than what is to be lost.

It’s for that reason that initiatives like Tahrir Squared (www.tahrirsquared.net) – an enterprise whose goal is to amplify the impact of recent events in Tahrir Square – are being launched, and others are already in operation, so that all parts of civil society can have a platform where they can discuss, debate and inform. And they all need to remember that neither ”yes” nor “no” voters have a monopoly over public opinion or the revolution.

Just as the people of Egypt overthrew the last regime, they can – and will – come out again, hundreds of thousands of them, if they think any type of tyranny is upon them. This is the new Egypt – its people should not be underestimated.

Dr. H.A. Hellyer (www.hahellyer.com) is a Fellow of the University of Warwick, and currently writing a book on the Arab spring from Cairo.