Assad Woes: ‘The Times, They Are a Changin’ 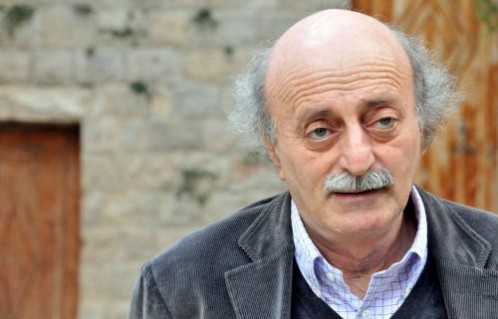 Lebanon’s Druze leader Walid Jumblatt is once again beginning to turn against Syria. He’s reaching out to his former allies in the “March 14” movement, feels emboldened enough that he can resume his public criticism of Bashar al-Assad’s repressive regime, and is floating the idea of a “centrist” bloc in Lebanon’s parliament independent of the Hezbollah-led “March 8” coalition that he was recently forced to join at gunpoint.

Jumblatt is often, and with some justice, described as a weathervane. Everyone who forms an alliance with him is eventually disappointed because he routinely changes sides in Lebanon’s fractious and ever-shifting kaleidoscopic political scene. He has little choice. As the leader of a religious minority that makes up only a rough ten percent of Lebanon’s population, he can’t afford to be on the wrong side of the strong horse, whoever that happens to be at any moment.

During Syria’s occupation of Lebanon, he pretended to be a friend of the regime even though its assassins had murdered his father, Kamal Jumblatt. When the Cedar Revolution exploded in 2005, he became a more passionate anti-Syrian figure than any other, partly because he wanted to get out in front of public opinion, but also because history had finally made it safe for him to stand up to his father’s killers.

When Hezbollah invaded Beirut and his Chouf mountain stronghold in 2008, he surrendered and rejoined the pro-Syrian “March 8” bloc under duress. Now that Hezbollah’s patron is mass-murdering civilians next door in Syria, it would be unseemly, as well as unnecessary, for him to pretend to be a stalwart friend of Damascus even if it isn’t yet safe for him to fully rejoin his old comrades from the heady Beirut Spring days.

Whenever things are in flux, as they are now, the middle is the safest place for Jumblatt to be, because he can plausibly jump to whichever side wins.

The smart money is still on Assad’s survival, however. He’ll kill as many people as he thinks he has to, and—unlike in Libya—no one from outside will go in and stop him. What will probably change, though, when all this is over—and this may be something Jumblatt is counting on—is Assad’s credibility and international standing. No more will Lebanon be quite so exposed as one Western diplomat after another makes a futile pilgrimage to Damascus for engagement and peace. Assad has always been a monstrous, blood-spattered thug who can’t make peace even with Arabs let alone Jews, but finally, at long last, it’s impossible even for fools to deny this.