American Politics: The View From Over Here 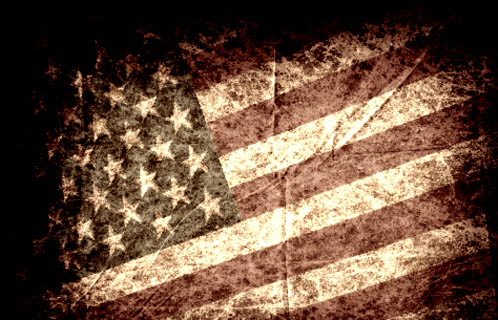 I find it interesting to see how various Saudi analysts and commentators view the United States and its politics. Few of them live in the US, though many have lived here for varying lengths of time. The duration of their stays doesn’t always affect their perceptions, though in many cases it does color them. More frequently, their perceptions are governed by what they read in American and other media. Such is the case with Hussein Shobokshi’s piece in Asharq Alawsat. Unfortunately, he’s taking guidance from those who don’t know the territory very well themselves.

Religion and the US presidential race
Hussein Shobokshi

Whilst the Arab world is busy monitoring the Arab revolutions taking place in our region, and trying to gauge their results and implications, talk about the role of religion in politics and nation-building has once again come to prominence. Indeed, this has become one of the most important topics of concern for public opinion today. It is interesting that this concern does not affect the Arabs exclusively, for there are indications that religion will be an extremely hot topic at the forthcoming US 2012 presidential elections, particularly in light of the clear contrast between the religious background of the different US presidential candidates. In fact, we appear to be facing the most religiously diverse group of US presidential candidates in the history of American presidential elections.

The initial evidence of [the heated religious debate in America] stems from a controversial issue which has repeatedly reared its head in recent months, namely the religious background of current U.S. President Barack Obama, or the “secret Muslim” as he is described by his right-wing critics. Adding further fuel to the religious debate in the US is Republican candidate from the Tea Party movement, Michele Bachman, who is known for her fanatical, evangelical orientation. The same applies to right-wing Republican candidate from Texas, Rick Perry, who is a United Methodist.
…

At this point in 2011, presidential politics is in a very preliminary stage. Potential candidates in the Republic Party are jockeying to both gain name recognition and to distinguish themselves from their competitors. So far, it seems that no Democrat is willing to challenge Pres. Obama for the party’s nomination, so that side of the equation is simply missing from analysis.

The Republican contenders come from a variety of religious backgrounds, but all so far are Christian. Some are ‘mainstream’, others are from more heterodox groups though just where one draws the lines will depend on who’s drawing the lines. For many, Mormons (Church of the Latter Day Saints) is ‘normal’; for others, it’s well out of the mainstream. Lutherans are generally considered among the ‘mainstream’, but not all groups within Lutheranism are unanimous on many issues.

Shobokshi’s commentary seems to miss entirely the friction and conflict within the Republican Party to decide which are the principal issues. On one hand are fiscal conservatives who believe that government spending is out of control, that the government is piling up debt that will take generations to repay, and that the profligacy needs to stop. Among this group are those who think that the size of government is a major part of the fiscal problem: big governments spend more than limited governments. This is, essentially, the Tea Party. The group is not particularly concerned with social issues. It has a more libertarian bent, believing that people are capable of making up their own minds over moral issues and that government has a very small role to play in these decisions.

Opposing them within the Republican Party, or conservatism in general; are the social conservatives. These, usually acting out of religious belief and values, wants to see more government involvement in social and moral issues. Whether it’s abortion, gay rights, and yes, the teaching of Evolution and sex education in the classroom. Social conservatives have been on the margins of American politics for the past 50 years, sometimes having more influence with a given White House, sometimes less. They have been able to raise vast sums to support politicians of whom they approve, but have been mostly ineffectual beyond the election of members of the House of Representatives. Their money and votes have been courted by many, even at the presidential level, but they’ve little to show for their support.

For these elections, the social conservatives are attempting to hitch a ride on the fiscal conservative coattails. They are, in fact, attempting to wrest control over the conservative movement in general. I doubt this is going to happen, though, because the religious groups are not at all unified on just what they demand. At present, they are at verbal war with each other. None of the more extreme groups is going to succeed, I think. Instead, there will be a candidate that is middle-of-the-road on social issues, with the road somewhat more conservative than that of the Democratic Party. But not extremely different.

Bryan York, writing for the conservative Washington Examiner explains this dynamic well, I think. His piece also points to the American media that seem to be informing Shobokshi.

I think Shobokshi errs in reading the conflicts now taking place among the putative candidates for the conflict that will arise during the presidential campaign where one candidate from each party squares off.

UPDATE: I may be premature in saying that Pres. Obama would receive the Democratic Party’s nomination uncontestedly. It seems that there are Democrats out there seeking a primary challenge against the President.