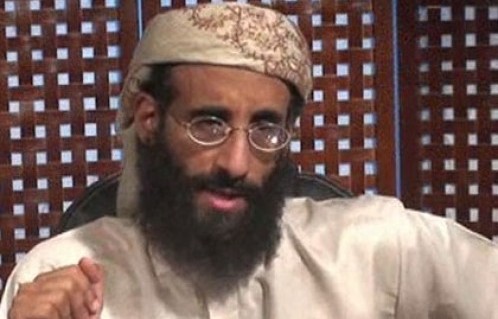 A CIA drone operator killed the notorious proponent of radical terrorism against the United States, Anwar al-`Awlaqi, on Friday. The killing has provoked some controversy because al-`Awlaqi was a US citizen and was simply assassinated without any due process. Ron Paul has protested, as has the American Civil Liberties Union. Being a terrorism expert myself who knows something serious about al-Qaeda, I can only quote Clarence Darrow here, “All men have an emotion to kill; when they strongly dislike some one they involuntarily wish he was dead. I have never killed any one, but I have read some obituary notices with great satisfaction.” Personal satisfaction apart, one is still left with the question of law raised by Paul and the ACLU.

Here’s a troubling thought: do you really think it would be a good idea to give a President Michele Bachmann or a President Rick Perry the authority to kill American citizens at will and with no due process?

Being a historian, I try to understand these issues by looking at how we got where we are. As a civil libertarian, I am concerned that whatever is done be done within the law.

The two possibilities are that al-`Awlaqi was an enemy combatant on the battlefield in a war on the US, in which case obviously the US government has a right of self-defense and can kill him with impunity; or that he is a civilian terrorist, in which case the US constitution would give him certain prerogatives, such as trial by jury before execution.

It is, however, difficult to see in what way al-`Awlaqi could be configured as a soldier in an enemy army with which the US is actively at war. He was an American citizen of Yemeni extraction (and dual citizenship), living in Yemen. That he was an American is not very relevant to this issue. You can be an American and still be an enemy combatant, as with the German saboteur born in the US, who was sentenced to death as an enemy combatant after WWII for sabotage in the early 1940s. But the United States is not at war with Yemen, and al-`Awlaqi is not in the Yemeni military anyway. The idea that, legally speaking, the US could be at war with small terrorist organizations such as al-Qaeda strikes me as a non-starter. A rhetorical flourish such as the “war on terror” is not a legal statute or article in the constitution. The killing of al-`Awlaqi differs from that of Usamah Bin Laden because in the latter case a US expeditionary force was confronted with someone who appeared to be going for a weapon, whereas al-`Awlaqi was simply targeted.

If people want the United States to be able to declare war on non-governmental organizations that maintain private armies and so are para-statal, we need new statutes or perhaps a constitutional amendment.

So, although US courts tend to defer to the executive on military actions abroad, I just can’t understand under what constitutional provision al-`Awlaqi was killed. If it wasn’t done constitutionally, then it was wrong.

If al-`Awlaqi was a civilian, could he have legally been killed in this way? It has been pointed out (by Newt Gingrich and Salman Rushdie) that he was a traitor and a terrorist.

Such a position hearkens back to the idea of the “outlaw” in common law. A person declared an outlaw by the king was deprived of all rights and legal protections, and anyone could do anything to him that they wished, with no repercussions. (The slang use of “outlaw” to mean simply “habitual criminal” is an echo of this ancient practice, which was abolished in the UK and the US). There is a similar idea in Islamic law, of the mahdur al-dam, someone whose blood can be shed at will. Muslim legal authorities can give a fatwa or legal ruling that an individual falls into this category because he committed an offense such as blasphemy, in which case any Muslim may kill him with impunity. Ironically, this is the category into which Salman Rushdie himself was put by Ayatollah Khomeini in 1988. Likewise, the Baha’i religious minority in Iran is often considered by conservative Shiite clerics to be mahdur al-damor outlaws, resulting in their persecution. The same forces in US society so worried about sharia being enacted in the United States seem actually to want to adopt the medieval Islamic legal notion of the outlaw in this case, and apply it to an American citizen abroad.

The problem with declaring al-`Awlaqi an “outlaw” by virtue of being a traitor or a terrorist is that this whole idea was abolished by the US constitution. Its framers insisted that you couldn’t just hang someone out to dry by decree. Rather, a person who was alleged to have committed a crime such as treason or terrorism had to be captured, brought to court, tried, and sentenced in accordance with a specific statute, and then punished by the state. If someone is arrested, they have the right to demand to be produced in court before a judge, a right known as habeas corpus (“bringing the body,” i.e. bringing the physical person in front of a judge).

The relevant text is the Sixth Amendment in the Bill of Rights:

In all criminal prosecutions, the accused shall enjoy the right to a speedy and public trial, by an impartial jury of the State and district wherein the crime shall have been committed, which district shall have been previously ascertained by law, and to be informed of the nature and cause of the accusation; to be confronted with the witnesses against him; to have compulsory process for obtaining witnesses in his favor, and to have the Assistance of Counsel for his defence.

By simply blowing al-`Awlaqi away, the US government deprived him of his sixth amendment rights to trial before a judge and habeas corpus. Note that the German saboteur with American citizenship executed after WW II was tried first. Likewise, enemy combatants in US custody, such as those at Guantanamo, were declared by the US Supreme Court to have the right of habeas corpus. So that Newt Gingrich thinks al-`Awlaqi was a traitor or a terrorist (and this a rare case where I agree subjectively with the Newtster) is irrelevant to his legal status. Unless a judge has pronounced him to be those things after a trial, he was not as far as the US constitution and the US government is concerned.

Some observers have suggested that al-Qaeda is analogous to a band of pirates and that the laws of piracy could be adapted to deal with them. But theUS Code says,

Whoever, on the high seas, commits the crime of piracy as defined by the law of nations, and is afterwards brought into or found in the United States, shall be imprisoned for life.

So even if al-`Awlaqi were declared a pirate because of involvement in the attempt to blow up an airplane, US law would not support dealing with him by drone strike.

It is desirable that the US have some way of defending itself against an al-`Awlaqi. Most legal frameworks for action seem to assume that he should have been arrested. But obviously, capturing al-`Awlaqi in rugged, tribal Yemen would have been a tall order. Is there any way in which he could have been legally killed by drone instead?

Well, let us think this thing through. He could have been tried in absentia.. This step may require a change in the US civil code to allow trial in absentia of someone who was never arrested. The US government could have initiated proceedings against him as an accomplice or as a RICO conspirator in connection with the attempted crotch bombing over Detroit or in connection with the shootings by Nidal Hassan. Nowadays with the internet, we could be reasonably assured that if the US government appointed a court date and publicized it in the Yemeni newspapers in Arabic, al-`Awlaqi could be sure to hear about it. A message might also have been gotten to him via his family.

If he declined to appear in court, he would have waived his right of habeas corpus and the trial could have proceeded in his absence. He could in that way have been sentenced to death if found guilty.

Would it then be all right to send a drone rocket down on him? Only if he was an immediate and concrete danger to others. But signals intelligence is such that the US government might well have been able to make the case that only by killing him could an imminent and specific threat to innocent civilians have been forestalled. At least we’d be beyond some key constitutional issues and in the area of police procedure in dealing with dangerous fugitives already sentenced to death.

By the way, it wouldn’t be appropriate for the action to be taken by a CIA operative. They’re not law enforcement and shouldn’t be killing American citizens. I suppose al-`Awlaqi should have been taken out by the FBI under the above scenario.

The government should only be allowed to imprison or kill American citizens within the framework of the constitution and of US statutes. The problem with the assassination of al-`Awlaqi is that it was lawless. If the president is allowed to act lawlessly, he is not a president but a king. We are taken back to the medieval age, with star chambers, bills of attainder, outlaws, and no habeas corpus or due process. Those bastions of arbitrariness were highly objectionable to the founding generation of Americans and the point of the US constitution was to abolish them in favor of a rule of law. If we surrender the latter, we may as well just all strap on swords and descend into barbarism. Or perhaps we already have.

Ironically, it is a professor of constitutional law who has been the loudest and most effective advocate for a return to the law of the jungle.

On these issues, Barack Obama has been as bad as, and probably worse than, George W. Bush. If he wants the authority to behave in this way, why not get legislation passed?