A Shock to the System: How Israel Turns Friends Away 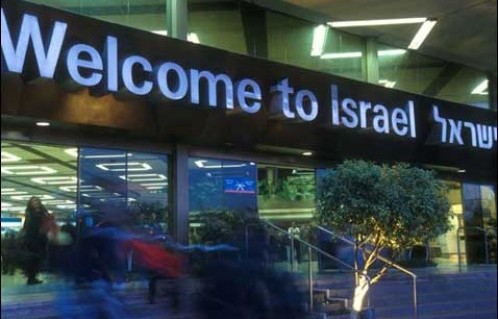 The episode of the ‘flytilla’ and the treatment meted out to those who managed to reach Ben Gurion airport brought to mind the experience of someone I first met 3 years ago.

H is from a western country and before her retirement she had a long career as a nurse. She is a firm Christian and her views on Israel/Palestine would probably have placed her very close to the Christian Zionist camp.

I met her through a mutual friend when she was visiting Bethlehem. She told me she was working, as a volunteer, in a home for elderly Holocaust survivors, somewhere in northern Israel. It was clear she had little sympathy for the Palestinian cause although it was also clear that she is a person of compassion for anyone in need.

A year later, to my surprise, I bumped into her again in Bethlehem.

She explained that her work in Israel had come to an end after more than two years and that she had decided to move to Bethlehem so she could work, again without pay, with people with learning difficulties. I decided not to ask whether the move to the West Bank had altered her views.

Towards the end of 2010 I was invited to dinner with her and our mutual friend. When I arrived she appeared quite distressed. She told me why.

After three months in Bethlehem she had to return to her home country. She wanted to see friends and family and, of course, her 3 month Israeli visa had expired. After spending some months at home she booked a flight with El Al to Tel Aviv.

Before she was able to board the plane she was questioned by Israeli security. Naively she was honest about her intentions – she was travelling to Bethlehem where she would be continuing her work with needy Palestinians. This was not a good idea. The result was a body search and a barrage of questions. But was she was eventually allowed to board.

At Ben Gurion she again told her story, even showing commendations from her former place of work in Israel. The questioners were unhappy but allowed her to enter the country. The problem for her was that when she inspected her passport she saw that her visa was for one week only. She protested but was told she must apply in person to the Interior ministry for an extension.

After a day or so in Bethlehem she made her way to the ministry in Jerusalem. After a long wait she was eventually interviewed by an unsmiling young woman. H explained her situation and requested a three month visa. Again she brought out the letters from the care home in Israel. The young official was hostile and unmoved by her commitment to Holocaust survivors. Her response went something like this; “It does not matter to me that you worked in Israel. You are now working for the enemy. If it was up to me you would not be allowed to stay in my country for even one more day. Your application will not be successful.”

H was devastated. Her dilemma was thus; should she stay in Bethlehem and become an ‘illegal’ once her visa expired or should she just go home never to return?

I have not seen nor heard from her since that night and don’t know what she decided to do. But I do know that one more supporter of Israel has had her eyes opened.

One Response to A Shock to the System: How Israel Turns Friends Away