‘Where To, Guv?’: London’s Black Cabs Head to Gulf 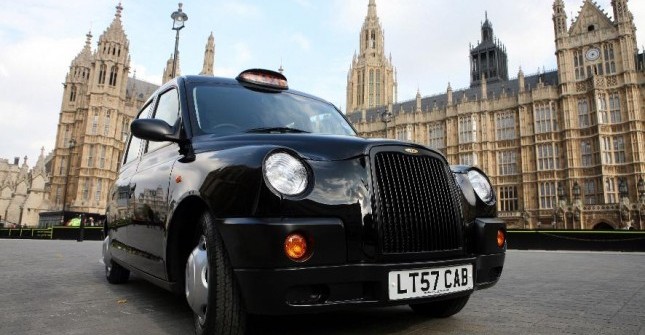 It’s strange at first glance, but I suppose the famed London Black Cab does make some sense on the streets of Saudi Arabia. Al Arabiya TV reports that a Saudi company has ordered 400 of the beasts. If nothing else, they do absorb the odd knock or two, a valuable quality for urban streets in the Kingdom.

The London Taxi Company will manufacture 400 of its unique cars for a transportation company in Saudi Arabia, al-Yawm reported Monday.

The order consists of 200 black taxis, and 200 in other colors. The first batch will be delivered before the end of 2013, with the second batch being delivered at the beginning of 2014, the Saudi daily reported.

Peter Johansen, vice president of the London Taxi Company, said his vehicles are preferred over others because of their look, their spaciousness, and because the passenger compartment is separate from the driver.

An order for 200 cars has also been made by Dubai, the company said.