The United Arab Emirates leads the world in smartphone penetration, with 74% of mobile subscribers carrying one of the natty little devils in their pockets. 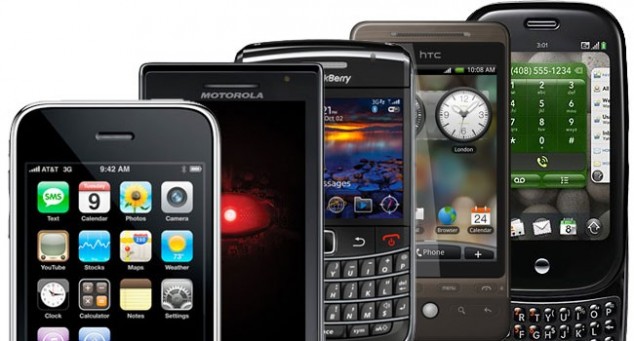 The United Arab Emirates leads the world in smartphone penetration, with 74% of mobile subscribers carrying one of the natty little devils in their pockets. The Emirates is closely followed by South Korea, Saudi Arabia, Singapore and Norway in the ranking, compiled by Statista from the results of Google’s ‘Our Global Planet’ survey.

Amazingly, the US comes 13th on the list – and apart from Saudi Arabia, none of the other GCC countries – legendary for their adoption of the latest mobile technologies – feature in the top 15 countries Statista lists.

The survey this data comes from was carried out earlier this year as part of a global ‘deep dive’ by Google and the UAE data, from a sample of 500 mobile users surveyed online, contains some remarkable insights into the behaviour of the UAE’s smartphone-toting consumer. For a start, the UAE is a nation of scratchers – 73% of users had prepaid packages – and yet users are canny with how we use those data plans: 85% of users said they connected via Wi-Fi rather than the public network. And yet they are also pretty aggressively online – some 77% of smartphone users surveyed accessed the internet at least daily and 66% multiple times per day. In all, 56% of users had used the Internet on their smartphones every day in the past week.

The most popular uses for the devices was browsing the Internet (76%), email (74%), sharing a photo or video (77%) and accessing social networks (70%). It’s perhaps no surprise that of those surveyed who accessed a social network on their smartphones, 62% did so multiple times daily.

The UAE has fewer smartphones per capita, than last year: 43% of those surveyed had two mobiles – a figure that’s down from 2012, when Google found 53% of users with bulging phone-filled pockets. Could this be a sign that users are settling on a platform preference, or that smart phones, or phablets, are getting too big to carry more than one phone?

There’s good news in the survey for app developers, too – 46% of those surveyed had ten or more apps installed on their smartphones – and over 80% used mobile apps every day.

Finally, it would appear most UAE businesses are not seeing the full potential of mobile consumers. 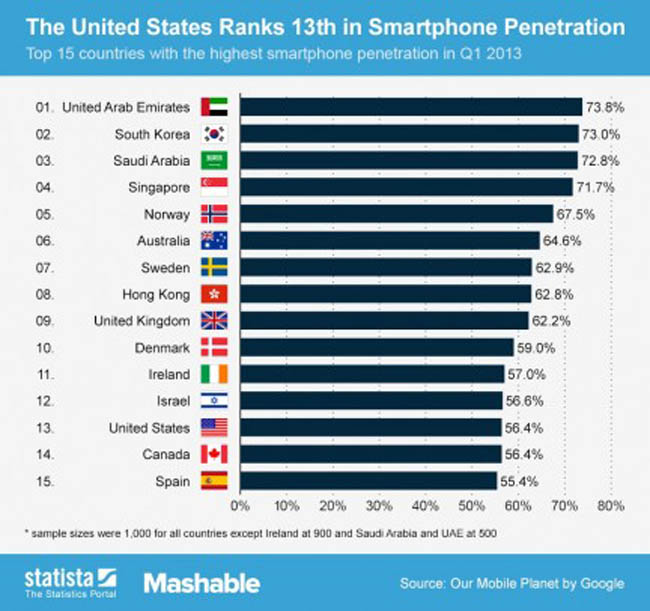