Social Media’s Rise: A PR Blessing, And A Curse 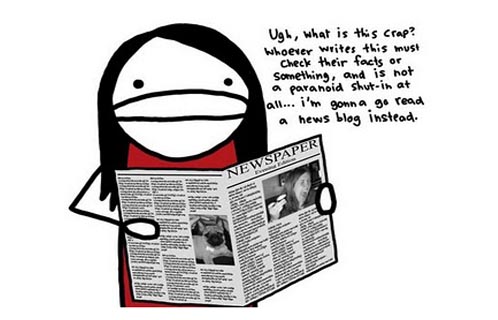 Every job has its own rites of passage, but for those of us in corporate communications, ours can still have us reaching for the smelling salts.

Cold calling a scarily important business editor, whom you only know by reputation or byline, to pitch a story or angle that doesn’t have a snowball in hell’s chance of getting coverage, let alone generating a flicker of interest from the PR-hating monster at the other end of the phone, is a brand of masochism peculiar to our industry.

Once the client, who pays your salary has decreed that his new product/service is the most exciting of all time, nothing less than a glowing mention in the Holy Grail of business diaries, the Financial Times’ Lex Column, will do it (and him or her) justice.

And there, just across the boardroom table, is your Chairman nodding vigorously in agreement and proclaiming that the story is such a strong one that it will run itself, no problem.

And, anyway, what does your opinion (and sharp news sense) matter?

So, suitably psyched up, you can delay dialing no longer. Fearful of the expected outcome, and half-hoping that you may catch your target either a) engaged, so you can call back later when you are feeling stronger b) in a good mood and c) not on deadline, you make the call.

“Now, look, why should I be interested in that story, no matter how exciting you or your client says it is? I covered something similar last week. I’m sorry to cut you short, but I’ve got to file another 300 words before 5pm and it’s 4.40 now…”

It’s a familiar story that has been acted out in countless PR consultancies for years.  A common thread, frequently, is the singular failure by many of those agencies to manage their clients’ expectations about what is, and is not, feasible.

For many, promising the client the earth in order to justify the (hefty) monthly retainer – and then just hope you strike it lucky – is a short term expedient that usually comes back to haunt them once this high-risk strategy has failed.

It is a strategy that, until quite recently, simply reinforced the media’s perception that many PR consultants know little of the world in which journalists operate, have even less news sense and are just a necessary evil. It has done little to improve a media/PR relationship that is uneasy at best and occasionally hostile at worst.

But an agency’s ability to pitch stories successfully, and the strength of its relationships with key journalists, became an important yardstick by which clients judged a campaign’s success. This hit or miss approach, based partly on a lack of sophistication and narrow expectations on both sides, often overlooked the other non-editorial tools in the agency’s armoury.

While the agency/reporter relationship is still important, the success of a media relations campaign is no longer so relationship dependent. Today, thanks to digital media and the proliferation of blogging platforms, anyone can be a journalist.  The only criteria that now define a journalist are their reach, influence and subject material.

Take mobile phone giant, Nokia, for instance. Instead of cultivating relationships with trade journalists to create a buzz about its new ‘N Series’ mobile phone – the traditionally accepted route – the company instead tracked 50 Nokia bloggers and online reviewers of its products.

The company (as detailed in the Paul Gillin book ‘The New Influencers’)  understood that, by targeting a niche segment of passionate and blogging Nokia fans (who themselves had their own followers), it could create a positive ripple effect across the ‘blogosphere’ that would be more concentrated and targeted than any generic campaign.

And it worked.  A significant proportion of the bloggers reviewed the new Nokia product positively, creating a buzz ahead of the product launch itself.

Such a pre-launch groundswell of expectation and interest is normally only reserved for the latest offering from Apple, let alone a mobile phone, and would have been much harder to achieve using traditional media channels, because of deadlines, different news values, rival product launches vying for editorial space and so on.

In fact, as traditional print and broadcast media sources have, to a certain extent, embraced the self-publishing medium of blogging, relationships between brands, editors, publishers and readers have changed so dramatically that it is now almost impossible to tell some of them apart! The phenomenon of blogging has created its own new champions of transparent commentary and instant comment.

For example, The Huffington Post – a website started by biography writer and politician Arianna Huffington in 2005 – became one of the most linked-to blogs on the internet.  In early 2011, internet giant AOL paid US$315m for The Huffington Post,  helping to boost its news service provision with a news content website that gets over 26 million unique users a month.

However, not all of this is good news.  There are fears that, although the amount of content created has ballooned, the quality of the material has not kept pace, a point powerfully amplified by Andrew Keen in his book, “The Cult of the Amateur: How Today’s Internet Is Killing Our Culture and Assaulting Our Economy.”

And, it has to be asked, how much of this cyber chit-chat is actually life enriching, or adds to the quality of debate, when it seems to be more about Mr and Mrs Average using chat rooms, blogs, Facebook, Twitter and what have you, to grind axes about nothing very much?

The blurring of journalistic responsibility (where bloggers become paid-for journalists and journalists morph into bloggers) becomes even more complex at the gritty end of the reporting food chain.  Should a blogger use the relative freedom and anonymity of the internet to make personal attacks on, say, a high profile business figure, or divulge state secrets, as in the case of Wikileaks founder Julian Assange.

But, in general terms, most bloggers are a force for good.  The recent pro-democracy revolutions that swept across the Middle East have been facilitated by the use of social media. It has helped keep the momentum of the revolution alive, often encouraging more and more people to join the cause against ageing and autocratic rulers.

More significantly, it has been used to focus the media’s attention in countries where a lack of press freedom and regular censorship of all media is common place. People with laptops, iPhones or Blackberries were able to keep the news content fresh and circumvent the state censors, while simultaneously setting the news agenda. No longer is what constitutes news solely determined by a reporter or his/her news editor.

So the key challenge facing today’s corporate communicator is to identify the right set of bloggers, measure their impact or value to a client, engage with them and get the right story across.

Who are today’s blogging equivalents of the FT’s Lex column – and will they have the time and inclination to listen?