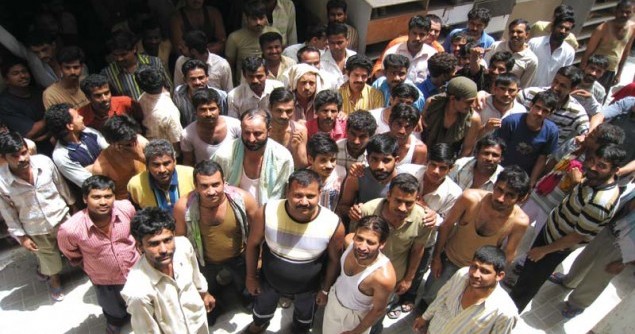 Foreign workers don’t have it easy in Saudi Arabia. They put up with sometimes inhumane conditions because they can earn salaries impossible in their home countries. Their decisions are for naught, though, when those salaries are withheld from them.

Saudi Gazette reports that 8,000 foreign workers demonstrated in Riyadh against the delayed payment of those salaries. That there were 8,000 demonstrating suggests that this isn’t just an oversight on the part of an employer or two; this is a systemic problem. It’s one that the Ministry of Labor needs to address promptly.

There are pressures being put on foreign workers in Saudi Arabia to leave. New laws ban them from certain sectors of the economy — lingerie shops, for instance. Others institute penalties against companies that employ them if they are not balanced by a sufficient number of Saudi employees. They should not, however, be starved into leaving.

RIYADH — Protesting delay in payment of their salaries, about 8,000 contract workers struck work in the capital Sunday.

Security forces surrounded the workers assembled in northern Al-Aqeeq District early in the morning and tried to pacify them.

They asked the striking workers to note down their demands and send their delegates to speak with their employers to redress their grievances.