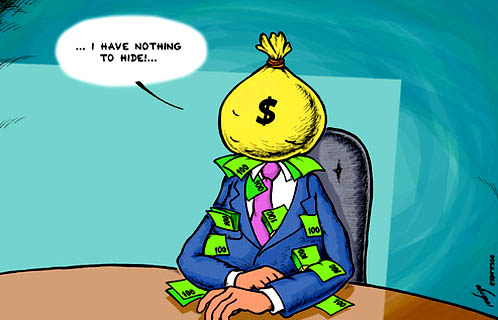 So by the approval of the Saudi cabinet of ministers on the establishment of the Anti-Corruption Commission, the royal decree that guided, or better to say, sponsored the idea of a national anti-corruption commission comes into effect.

As outlined in this announcement, the commission’s responsibilities revolve around combating all forms of administrative and financial corruption, following up on plans concerning the public interests to ensure fair execution and compliance to laws,  in addition to promoting transparency in all governmental work.

Significant and important goals to accomplish and objectives to satisfy.

Given that the commission is just starting, we, as Saudis, certainly hope that it will achieve its aims. However, the strategy won’t move unless carried on tactical wheels, so to speak. If it is legitimate to ask how Saudis are reacting to the announcement of the commission, I would say that they are full of hope – yet skeptical!

Public policies, for some reason or another, are usually doomed to slowness. Once caught in the web of bureaucracy, it is extremely hard to break out.

For that reason, if the commission is willing to take my advice, for it to gain credibility and respect, I would say that it should adopt the slogan of the ‘Fast & Furious.’

Be Fast: Do not allow much of a time to pass without issuing some kind of public comment, reports, or even punishments against those practicing any kind of corruption or misusing power. I agree that the commission is new and it would need time to create its own organizational structure and culture, and I know that it will be dealing with sensitive cases that need to be investigated independently and thoroughly, but acting quickly would give it an immediate presence and, most importantly, mean it will be taken seriously.

Be Furious: Be furious in the sense of not adhering to normal and usual bureaucratic obstacles. And more importantly, not submitting to ‘Wasta’ and people of power and influence. After all, the King himself got your back!

There are many managerial initiatives and techniques that could be used to maneuver obstacles and constraints. They just need fresh innovative minds, and the desire to embrace modern managerial practices.

Saad Al Dosari is currently working as a chief engineer in one of the Saudi telecom companies. He holds a B.Sc. degree in engineering; electronics and communication from King Abdulaziz University in Jeddah, KSA and a master of business administration degree (MBA), specialized in marketing, from the University of Leicester, UK. His blog, An Eye on Saudi, aims to initiate discussion and exchange ideas - and has a focus on business issues in the Kingdom.