‘Oh, How It Used To Be’: The Fate Awaiting Yahoo 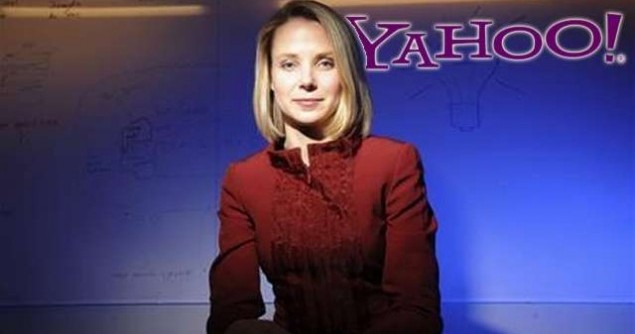 I know little about Yahoo beyond what I read in the media. But the decision by the new CEO Marissa Mayer that remote workers will have to start coming to the office tells me one thing: that the company is a dead man walking.

One of the reasons quoted in the memo for arbitrarily ending a practice that has effectively become a right through custom is that it perceives home workers to be less productive than office workers. In other words, it doesn’t trust them to be productive.

You do not re-energise a company by forcing people who are allegedly unproductive at home to show up at the office. Not only will they continue to be unproductive, but they are highly likely to be unproductive with a grudge. And their lack of productivity will degrade the effectiveness of others.

It’s true that many people thrive on working physically alongside others. Yet others don’t. They hide in their cubicles and emerge only when it’s time to go home. Is a company the poorer if it lets people whose jobs don’t involve a large measure of team activity work from home?

If the purpose of the move is to induce those who work at home to leave the company, Yahoo will succeed in that aim. There will be enough people who will look for other jobs because they believe that that the company has breached an informal covenant allowing remote working.

But what then? Bring in a bunch of enthusiastic, creative Google types and use them to give Yahoo a kind of corporate bone marrow transplant? Sorry. It won’t work. The wrong cells in the wrong body.

Then there’s the idea that bringing people back to the office will help to create a sense of “one Yahoo”. I’m afraid that’s a typical top-down fantasy dreamed up by people who see themselves as transformational leaders. In terms of typical lifecycles of technology firms, Yahoo is a middle-aged company. If it is like its peers, it will consist of a large workforce that mostly works to live rather than lives to work. It will have as many differences in style and culture as it has leaders, managers, departments and country operations.

“One Yahoo” implies common values, common behaviours and a common sense of purpose. You don’t create those things by calling people Yahoos or IBMers, and giving everyone a company T-shirt. Nor do you do so by providing free food, bagels on Friday and lots of comfy sofas near the water fountain. If people are demotivated, they will simply continue to bitch and moan while stuffing themselves with bagels and lounging on the sofas.

My experience tells me that the life cycle of technology companies looks something like this.

You start with a small band of like-minded people excited by what they are creating. The esprit de corps comes from the perception that being at work is more fun than not being at work. The camaraderie comes from being in love with the business, what it does and what it stands for. A sense of being one of an elite band. Of belonging.

Over time, the business becomes successful. It makes a stack of money – or it looks like it will in the future. But it retains a sense of organised chaos because the infrastructure never catches up with the growth. And since there are a lot of young people who prefer the wild west to the suburban lawn, the key actors stay with it. Except that their motivation subtly changes. Gradually the prospect of becoming fabulously wealthy comes to the forefront. Of course the owners were most likely looking towards the big payday from the start. But by now everyone is looking at their share options and figuring out what they will be worth come the IPO.

Two, maybe three years before the flotation, the suits arrive. Older people. Advisors from Goldman Sachs poring over balance sheets. A Chief Financial Officer. Perhaps even a CEO because the founders haven’t a hope of convincing the market that they know how to run a grown-up company. (The firing of Andrew Mason, CEO and founder of Groupon is a recent case in point). HR people draw up succession plans, competency maps and procedures telling you how to apply for leave, when previously you would just send an email to the boss and disappear. A purchasing team applies its icy grip on the company’s expenditure.

The pioneering few who were there in the early days stay with it. They are upset at being chucked out of their sand pit, but by now the dollar signs are the reason why they get up in the morning.

Come the day of the flotation, everybody’s rich – at least on paper. People start thinking about what they will do with the money. Some of them cash in and leave, perhaps to form their own start-up, or maybe to enjoy the Ferrari and the hillside mansion overlooking the bay. The latecomers look with envy at the pioneers and start dreaming of cashing in on their share options. If the company is lucky or smart, it will still have cadres of creators for whom the joy of creating is the driving force.

But as new people come in, and offices or factories in Taiwan, France, Hungary and Brazil start springing up, the business starts looking like any other multinational. The drivers are now KPIs, market share, profit, share price. And the pioneering spirit of those who live to work is slowly drowned by the ethos of those who work to live, or for whom money is the primary mission.

This, I suspect, is where Yahoo is today. Bagels and sofas will not bring back the old days. Nor will gene therapy that seeks to implant the DNA of Google. Turning online meetings into physical ones won’t improve the quality of the meetings. People will still email their neighbours two yards away suggesting a coffee break. And new employees will soon become as demotivated as the old timers.

For what it’s worth, if I was in Melissa Mayer’s shoes, I would have done two things.

First, I would have looked at the home workers and determined which of them were in the kind of roles best carried out by people working “physically together”. I would have then phased in the change, starting with mandatory attendance two days a week, and ending with full attendance after a year. The others I would have left alone, but as they left the company I would have replaced them with office-based hires.

Second, if I was going to apply a bludgeon, this is what I would have decreed:

The biggest productivity drain in large corporates is interminable meetings and endless email. Address those issues and you free up time to think and do, as opposed to talking about thinking and thinking about doing.

It seems to me that Yahoo now has two choices.

It can accept that it is what it is – a middle-aged corporation that is a slave to its shareholders who don’t give a fig for what it does or what it stands for. Within that aging body it can still create elite bands of motivation and creativity – much as Lockheed Martin did with its Skunk Works and IBM has always done with its laboratories.

But it would do well to recognise that shock therapy can have unintended consequences, and that change should be brought about with a rapier, not a bludgeon.

The other option – which seems consistent with the current direction, even if it’s unintentional – is to rip the edifice down. Which effectively means downsizing, selling off bits, being acquired, dismembered and “integrated”, or junking product lines and completely re-inventing the purpose of the company. What’s left is a business that – to use HP parlance – is back in the garage. Except that I can’t think of any technology company other than Apple that has succeeded in doing this. The other oft-quoted example of reinvention – Nokia – appears to be on a path from paper mills and wellington boots to mobile phones and ultimately to the junkyard.

I can’t see the first option working if the now-famous memo reflects the mindset of the current leadership. The company’s products and services are relatively ephemeral and easily replicated – unlike IBM and HP, whose evolution has been underpinned by a deep well of intellectual property, knowledge and expertise. If Yahoo shuffles off the stage, any vacuum its departure creates will quickly be filled by Google and Microsoft. Yes, it can acquire as a means of introducing new intellectual property. But would the shareholders view this as throwing good money after bad? And Yahoo does not exactly have a shining reputation for turning its previous acquisitions into gold.

The second option is effectively the death of the company, and that’s where – to my entirely uninformed mind – things are heading.

After which  – two or three years on – perhaps Marissa Mayer and her transformational cohorts will move on to work their magic on another sclerotic multinational. Or maybe start a new Google with Yahoo’s IP acquired for a song.

The graveyard is waiting. And who today remembers or cares about Digital, Compaq, EDS, Autonomy, ICL, Motorola and a host of other technology giants, except those who occasionally recall “how it used to be”?