Vimto – The Drink of Choice for Ramadan 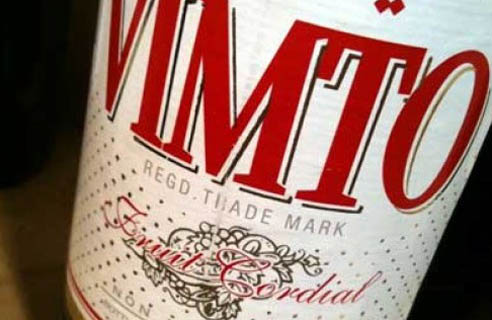 No one knows when it was introduced to Dubai and the Gulf. No one I asked could remember when they started drinking it. But Vimto dovetails with the Holy Month of Ramadan in this part of the world.

I was introduced to Vimto at one of my first Iftars here a few years ago. It is the drink of choice for breaking the fast during Ramadan.

I thought it was a local drink, originating somewhere in the UAE or the Gulf. But, to my great surprise, I discovered it was produced more than 100 years ago in a small village in Cheshire, England.

Created by John Noel Nichols, Vimto was originally a health tonic. In 1913 it became a cordial – a nonalcoholic fruit drink concentrate. Purple, and sold in a distinct white-labeled bottle, the squash later became a low-calorie carbonated drink. It is made of grapes, raspberries and blackcurrants, flavored with a tantalizing mix of secret herbs and spices.

Vimto sold more than 25 million bottles in the Gulf and other parts of the Middle East in 2010, with Ramadan receiving the highest sales and once again making it the leading drink of choice during the Holy Month.

The Aujan Industrial Company makes it under license in Saudi Arabia. Every Ramadan, the company launches assertive but well-liked commercials on Arab satellite TV channels to promote the fruit cordial.

To celebrate Vimto’s 80 years as a household favorite in Middle East and Gulf homes, Aujan this year launched the “The Sweet Storyteller” multimillion-riyal media campaign. It stirs up memories and priceless Ramadan moments, collected from generations of gatherings and celebrations, through Vimto’s eyes.

Vimto’s association with the region began in 1928 when many Indian clerks found employment in the Middle East. Abdulla Aujan & Brothers were introduced to Vimto by an Indian employee and large quantities of cordial were exported to their firm for distribution.

Vimto’s website remembers how after World War II the cordial was shipped from the UK to the Middle East packed in wooden crates and housed in the bulkheads of ships. They were offloaded in Bahrain and transported around the Gulf in dhows. The cordial was, and remains, double strength compared to the UK edition to cut down on transport costs and suit the local palate.

I don’t remember seeing or hearing of Vimto during all my years living in London. When I was asking my landlord about the drink and its association with the Gulf and Ramadan, he too couldn’t think of how and why it became so popular. While studying in the UK, he said he never came across the drink either.

Incredibly, Vimto has more than 40 different pages and groups on Facebook. It has over 907,000 search results on Google and the online community was abuzz with mentions of the drink even before the onset of this Ramadan.

One Response to Vimto – The Drink of Choice for Ramadan