Why Tone Matters in Reporting 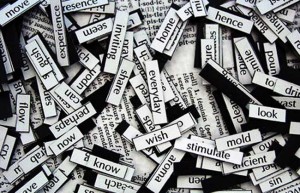 Today’s soaraway 7Days reports on the American swimmer, Francis Crippen, who died on Saturday during the Fina swimming competition held in Fujeirah. A world class swimmer and an experienced athlete, Crippen had reportedly told his doctor he wasn’t feeling well but had decided to continue his swim. He didn’t finish the race and his body was found in the water.

The response of the executive director of the UAE Swimming Association, as reported by 7Days, seems almost incredibly unfeeling. “We are sorry that the guy died but what can we do. This guy was tired and he pushed himself a lot,” are the words the paper attributes to Aymen Saad.

I have to confess the callousness of the response to an event that the President of Fina called “A terrible tragedy” amazed me. Then I read Gulf News’ report of the same official’s response to the tragedy. GN quotes Saad as saying:  “The medical report from the doctor corroborates the fact that the swimmer was extremely tired and that is the reason why he lost control during the competition. He died due to the effort he made to finish the race.”

The difference in tone is remarkable. From callous, offhand and unfeeling to appropriately factual and sober in the face of tragedy. We have two stark choices here – and I am deeply concerned that two papers can report one man’s words so differently. So which one is wrong?

And what DID the official say?