Advertising: No Subject for a Play on Words 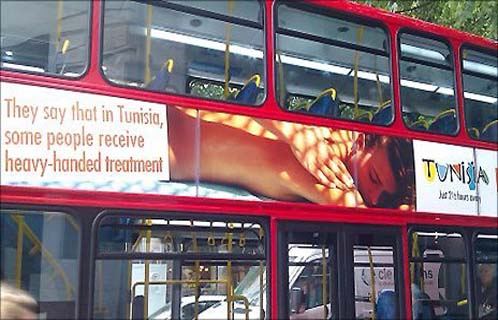 I’ve just stumbled upon this advert currently adorning the sides of buses in London. It’s from the Tunisian tourist authority and shows, as you can see, a semi naked woman getting a massage with the line next to it saying:

They say that in Tunisia, some people receive heavy-handed treatment

This is a revolting play on their recent struggles; directly and unequivocally playing on the brutality of their security forces.

I know they say that there’s no such thing as bad publicity, but this must come close. Epically poor taste.

One Response to Advertising: No Subject for a Play on Words