‘If it bleeds, it leads’. Agendas, bias, ‘poppycutting’ 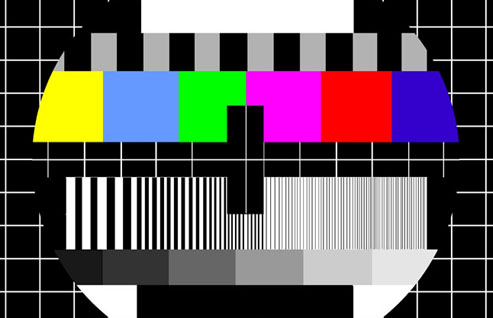 I remember as a teenager watching a Chilean writer describe his appalling experience in jail.  He had been a political dissident and opponent of the military dictatorship of General Pinochet which had usurped the democratically elected government of Salvador Allende in a bloody coup.

Of all the brutality that was visited upon him by his torturers one particular experience stood out for me.  At certain times he would no longer be struck in the face or be beaten with steel rods on the back of the hand.  Instead he would be wrapped tight in a blanket and was then pummeled about the body with rubber hoses.  When this happened, in spite of the wretched pain being visited upon him, his spirits rose as he knew the visit of an outside agency was imminent.   The rubber hose treatment ensured that his tormentors continued to inflict substantial pain but without leaving visible marks on the skin.

What impressed me about this, apart from the victim’s enormous fortitude and apparent lack of bitterness, was the imagination of the human mind.   Someone at some stage in history had been faced with the problem of inflicting maximum pain on another individual but without leaving apparent evidence.  It had perhaps troubled them and their confederates for quite some time until that ‘Eureka moment’ struck. Then the first ever successful application of blanket, rubber hose and insufferable pain (but  ‘look – no marks’) took place. Oh what a happy beating that must have been!

These thoughts have returned again as I’ve watched the controversy surrounding a recent court case in the UAE being played out.   The facts as reported by The National were as follows:

“The federal court ruling involved an appeal by a man who had slapped and kicked his adult daughter, and slapped his wife. While the court upheld an earlier guilty verdict from the Sharjah Court of First Instance, the judge also acknowledged a controversial interpretation of Shariah law regarding a husband’s right to discipline his wife and children by mandating that he may not leave a mark.”

There has, not surprisingly, been a storm of protest following the reports and the authorities have been swift to respond. According to the state news agency WAM, Humaid al-Muhairi, director of the Justice Ministry’s judicial inspection department said:  “Our courts adhere to (a) strict policy not to tolerate any degree of family violence, whether verbal or physical.”

Having worked with one of the agencies that provides shelter, accommodation and advice to women who face domestic abuse in the UAE I know first-hand that this is an issue which the authorities here do take seriously.   While instances of domestic abuse are to be found in every single country on the planet the problem in this particular instance is that the story hits key chords with a Western audience.  ‘When did you stop beating your wife?’ is the oft-quoted ultimate unanswerable question in Western schools of journalism.

Newsrooms around the Western world are primed for stories that play to a pre-cooked interpretation of the Arab world which include the phrases/words ‘mismanaged wealth’, ‘abuse of women’, ‘censorship’ and, of course, ‘terrorism’.   If a particular story includes one or more of those elements it’s generally headed for a prominent place on the newspages of any major Western publication.  So why does the Western media appear to take an unrelentingly negative view of much of what happens in the Arab World?

Clearly there are particular agendas at play where specific owners or proprietors of a media group have an anti-Arab bias. ‘The Poppycutter Syndrome’ explains much of what has happened to Dubai over the past  – build ‘em up (Burj, Palm, celebrities) then cut ‘em down (property crash, fleeing expats, misbehaving celebrities).  Once the poppy’s been reduced to a tiny stalk it’ll be allowed to grow again. Don’t be surprised to see a spate of ‘Dubai’s not so bad after all’ stories beginning to crop up in the UK media over the next six months or so.

Remember, you heard it here first.