UAE Newspapers & the Self Censorship Debate 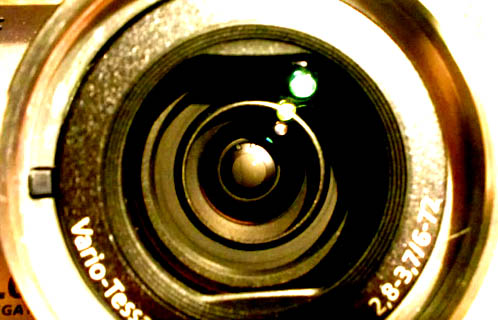 The National newspaper in Abu Dhabi recently published an article on its website about tourists getting arrested for taking pictures, but the newspaper’s management removed it a few hours later apparently because it was deemed too sensitive.

The missing article focused on the recent arrest of tourists who took pictures in the wrong places in Abu Dhabi. The first few paragraphs read:

Tourism experts say that a recent spate of court cases concerning the photography of tourist attractions could be detrimental to the capital’s tourism industry in the long run.

“Repeated exposure of such incidents in international media may lead to a negative image,” said Ines Zahouani, a marketing manager for Big Bus Tours. “You don’t want to scare people and give them the feeling that they constantly have to worry about what they do or say. It’s not something tourists want to be worried about when they’re on vacation.”

Recent court cases – such as the two Bangledishi men who were taken to court and fined for taking pictures of the Yas Marina Circuit and the Iranian tourist who was sentenced to a month in prison for taking photos of the Presidential Palace – have highlighted the need for clearer policies on taking photographs in the capital. A Lebanese man was also arrested, and later acquitted, because his photo of the Capital Gate included part of a nearby embassy.

These paragraphs can be found on my blog where I praised the article for raising an important issue.

The decision to remove the article came from the newspaper’s management — not an order from a government official or the bosses at the government-owned Abu Dhabi Media Company, according to interviews with three separate journalists at The National. The staffers are being granted anonymity because of the sensitivity in speaking publicly about newsroom decisions.

These types of self-censorship debates occur “every day” at the newspaper, according to one of the staffers. Many stories are written but never published due to concerns from senior-level editors.

Of course, news outlets throughout the world debate about which news to carry and how to present it. In the UAE, this debate is compounded over worries of government involvement.

The National Media Council, a regulatory body that oversees all media in the UAE, states publicly that it supports a policy that “draws heavily on promoting press freedom and responsibility.” The head of the NMC, Ebrahim Al Abed, recently said that the news media enjoys a wide range of freedom in deciding what stories to cover but that the press cannot be “absolutely free and irresponsible.”

The subject matter of this article offers a rare insight into which types of stories the paper’s leadership believe would be too provocative, or perhaps, “irresponsible.” At face value, this decision seems overly cautious.

The article addressed an issue that had been covered previously. An Emirati judge had even pointed out that the laws surrounding photography required “clarity,” particularly with an arrest that occurred at Yas Marina Circuit racetrack, an area one might think tourists are welcome to take pictures.

The article — published for a few short hours — seemed to be pretty good journalism. The reporter interviewed some experts and asked them how arresting tourists taking pictures might affect Abu Dhabi’s goal of becoming a top-tier tourist destination. The answers were obvious, but the paper — had it allowed the story to be published — would be raising an important issue for public discussion.

The National hasn’t shied away from raising other government policies for consideration. For instance, in the last couple of weeks The National has covered Abu Dhabi municipality’s decision to cut down seemingly healthy trees, angry university teachers who said they were relocated without cause, and the opening of a metro station in Dubai that neglected to provide access to commuters.

The National was formed in 2008 to bring Western-style journalism to the UAE and the entire Gulf region. It often succeeds in that goal, far exceeding the coverage of other local media outlets.

However, in deciding to spike this story, The National erred too far on the side of caution. The story deserved to be published and easily meets the “free and responsible” criteria. Hopefully, the leadership won’t be as timid in the future.