Title Irony: Why Journalists like to do PR on PRs 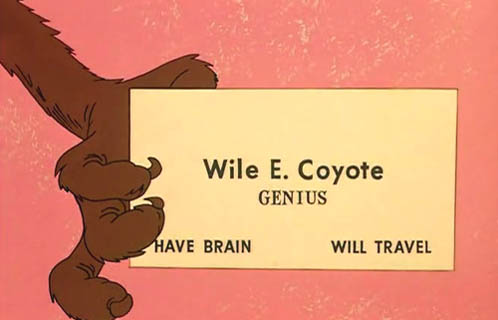 Watching Sky News last night, I was infuriated to see, once again, a random person interviewed and billed on the strapline as a ‘Middle East Expert’. It’s something I hate with a passion, to the point where I got told off for talking at the TV again. Yes, I really am turning into a grumpy, spittle-flecked old bastard.

This awful, lazy habit of validating people with a label rather than a credential is a major problem with mainstream media. When we’ve got The Observer trotting out the canard that we need ‘proper’ journalists to give us more trustworthy sources of information than ‘citizen journalists’, we’re obviously being told to sit back and trust our media, take whatever they feed us as gospel and meekly accept that someone who Sky News calls a ‘Middle East Expert’ is, indeed an expert. And on the Middle East, at that.

And yet that’s a great deal less validation than I’d expect of a source on Twitter, say. Who says he’s an expert? What’s the measure of expertise? Why not give his title, which presumably would be Dean of Middle Eastern Studies at London University or Middle East Analyst at the United Nations? Or is the problem that he’s a lobbyist, baker or perhaps a candlestick maker? Don’t get me wrong: I don’t care if he’s a candlestick maker if he’s making sense and putting forward a credible argument. But I still want to know what he is so I can filter my judgement of what he’s got to say.

I see this process all the time myself. I’m the Group Account Director of Spot On Public Relations. I’m a PR guy. I’ll accept communications consultant. Media don’t like to put ‘PR guy’ out there against their nice, glib commentator, so they like to change my job title. I have been a ‘social media expert’ (ugh) and once, to my extreme, squirming embarrassment, a ‘social media guru’. I have been, on many occasions a ‘blogger’ and even a ‘prominent blogger’ and, again once, a ‘leading blogger’. Would you trust a ‘leading blogger’ or a ‘PR guy’?

When I shot a scene for Piers Morgan in Dubai, I gave the producer my business card. On the segment, I appear in the desert with the immortal words, ‘Ex-journalist and blogger’ under my name. Not ‘Group Account Director’ or ‘Public Relations Professional’. ‘Ex-jounalist’ neatly rubs away the vague, if evaporating taint that comes with ‘blogger’.

So you can only begin to wonder at the vested interest disguised by ‘Middle East Expert’ or ‘Defence Expert’. It infuriates me precisely because I know how very dishonest the practice is – from a media that insists on telling us that it is the only trustworthy source out there these days.

2 Responses to Title Irony: Why Journalists like to do PR on PRs