The UAE’s ‘Blue Pencil’: A Much Lighter Touch 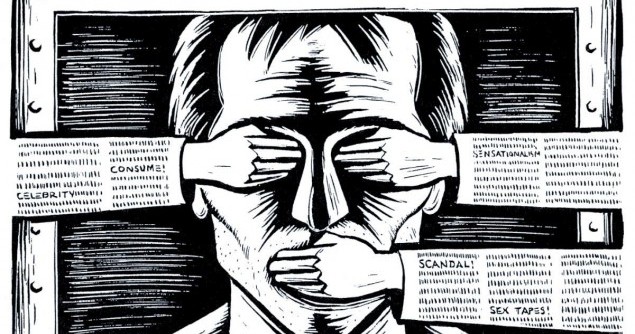 I’ve just heard that Beirut – An Explosive Thriller has been passed by the National Media Council in Abu Dhabi and I therefore have permission to print the book in the UAE. Many of my friends overseas have a hard time understanding why anyone would need permission to print a book and, in fact, have drawn parallels between this and the control of information by the Church in the dark ages.

The fact of the matter is it’s something of a Catch22. In the Middle East it is generally assumed that the national media is controlled by the government and therefore speaks with the same voice. It isn’t until you have a fully deregulated environment that you can afford to drop the regulation, and yet a fully deregulated environment is almost impossible to conceive here.

What has changed, however – and to a remarkable degree for someone who remembers how it was in the 1980s – is the lightness of the touch on the tiller. I remember Lawrence of Arabia being banned in the UAE and now a digitally enhanced recut of David Lean’s seminal (if sometimes fanciful) film is showing at the Abu Dhabi Film Festival. I once had a DVD of Nicholas Roeg’s 1970s art-house movie The Man Who Fell To Earth confiscated by the Ministry of Information in Dubai (and replaced in my Amazon sleeve by a booklet about finding the path to God). Today, bookshops in the UAE are selling EL James’ books.

I’m not sure about selling 50 Shades of Grey and its two sibling titles in the UAE, to be honest. While I’m all for freedom of choice and expression, it rather flies in the face of a censored Internet and certainly is not in line with the cultural and moral environment here. I mean, we’re asked to dress decently in malls and public places here. You sort of get the feeling that someone, somewhere hasn’t understood it – that it has somehow flown under the radar. There was a period some years ago when one prominent bookseller in the UAE was selling George Bataille’s scabrous work of porn, ‘The story of the eye’, much to colleagues’ glee. It did not, of course, last.

Magic Menon (explained in this early blog post although I first mentioned the solvent abusing Black Marker Gang here.) must have retired now, too. It’s hard to go on putting black pen on pages when they’re iPad apps.The Ministry of Information is certainly no more. The dark offices where I was once brought in to be censured as a magazine publisher, all big desks and locked bookcases full of Jackie Collins novels, are now the friendly corridors of the National Media Council. I thought I was pushing it with Beirut – An Explosive Thriller – there was already quite a bit of controversy regarding the morality, or otherwise, of Olives – A Violent Romance. Beirut has a lot more contentious stuff in it. My reader in Abu Dhabi (He’s much too jocular and friendly a chap to call a censor) did note the number of f-bombs, but explained he understood ‘this is the British style’.

But when you’ve got 50 shades in tottering stacks in the malls, I suppose I’m pretty safe. Although I personally think it’s only a matter of time before someone picks that book up and decides a light hand on the tiller is one thing, but enough is enough.