No Oxymoron: Having Both Effective Defamation Laws and a Healthy Media 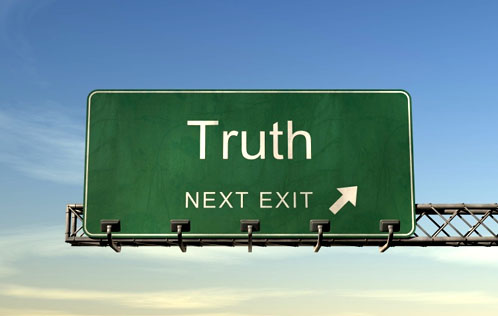 Defamation laws serve an important purpose in any society. Whether responding to libel (written defamation) or slander (spoken defamation), these laws provide a deterrent against false statements that can cause injury to a person or business.

Like other laws, defamation can be enforced in one of two ways — through the criminal justice system or via the civil courts. In a criminal case, the police or a prosecutor brings the charges and the accused faces either a fine or prison sentence as punishment. In a civil case, a plaintiff files a lawsuit against the accused party who can receive a fine, but no jail time, if found guilty.

In the UAE, many defamation cases are prosecuted through the criminal court system. Earlier this year, a Dubai criminal court handed out a Dh10,000 fine to a “renowned Emirati radio and TV broadcaster” for defaming a preacher on air. Over the summer, Abu Dhabi police warned Black Berry users that criminal defamation laws could be applied to those who spread false rumours via their mobile devices. They were responding to a spate of false rumours circulating about businesses that were in violation of health codes — clearly a case of defamation.

The UAE — as with most Arab governments — approach defamation differently than many other countries by relying heavily upon criminal courts to regulate written and spoken speech. In the US, for instance, criminal defamation laws still exist but prosecutors invoke them extremely rarely. Instead, authorities in the US and many other countries rely upon civil lawsuits to control defamatory speech. The results are just as effective — losing a $1 million (Dh 3.67 million) libel lawsuit can be a powerful motivator towards making sure reputations aren’t haphazardly injured.

Decriminalising defamatory speech creates a public sphere where issues can be discussed more openly and freely. As a communication scholar once put it, using the criminal courts for defamatory speech is akin to using a “sledgehammer when a scalpel would do the same trick.”

Another important difference in approaches towards defamation is the defence for libel or slander. In many countries, truth is an ultimate defence against an accusation of defamation. According to lawyers in the UAE, victims of alleged defamation can win a libel case by simply proving the allegation injured their reputation — the truth of the statement isn’t necessarily a defence. This distinction places quite a burden on the free expression of ideas and opinions.

The US has seen its fair share of scoundrels — think Bernie Madoff, the New York investment guru who swindled his clients out of billions of dollars. Even before his arrest, any US resident who suspected Madoff of wrongdoing could express their opinion publicly. Under US laws, Madoff would be free to sue the speaker for civil libel and could win if he could prove the statements were untrue and that they damaged his reputation. However, Madoff could not simply go to the police and ask that his accuser be arrested.

In the UAE, a speaker with suspicions about a figure like Madoff must remain silent or face the possibility of a trip to jail for criminal libel. And even proving that Madoff is a scoundrel wouldn’t necessarily exonerate the speaker. In the UAE, a prosecutor or claimant could still win by proving that the speech caused harm to reputation.

The same troubles posed for speakers also apply to journalists in the UAE. Journalists fear provoking a criminal libel case, so they err on the side of caution and tend to under-report the news. The public suffers from this less-than-aggressive press. For instance, the identification of that radio broadcaster has never been reported despite the fact that the case was heard and adjudicated in open court. Most countries still criminalise some speech. Europe and Canada, for example, prohibit any speech that incites hatred — although the boundary has been drawn broadly to protect genuine political speech. And all countries uphold criminal laws that ban speech that provokes or directs imminent violence.

But in cases where reputations are involved, the benefit to public discussion and open discourse seem to outweigh the negatives that accompany criminal charges of defamation.

The UAE would benefit from a decriminalisation of libel laws. Private parties should be allowed to settle differences via civil courts and truth should be set as the ultimate defence against defamation.

This article was first published in Gulf News.