Syria: We All Have 20:20 Vision in Hindsight 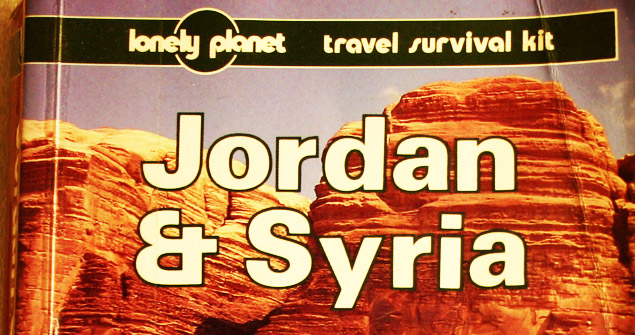 An interesting argument is brewing over on The Spectator blog, between Nick Cohen and the always readable Matthew Teller.

It started off as a rant against travel guidebooks, Lonely Planet in particular. But it has ended up in a fight over who knew what, and when, about Assad.

Cohen’s opening salvo pulls out a few lines from the (2004?) Lonely Planet guide to Syria, as if to mock with his crystal clear hindsight:

Assad’s pre-revolutionary Syria, the guide informs readers, was a land with cautious hope for the future. ‘Reforms by the young president of Syria, Bashar al-Assad, may not have been as wide-ranging as many might have hoped, but there is certainly a feeling of optimism in the capital. Culture and tourism are high on the agenda and Damascus has responded with a flurry of art gallery and hotel openings (including the long-awaited Four Seasons).’

The thing is, the book is absolutely right. There was cautious hope in Damascus, the regime was pushing culture and tourism hard (the Arab Capital of Culture was a massive deal for the regime), and expat Syrians were returning to the country.

Elsewhere in the book, the Hama massacre, political prisoners, and the death of the Damascus Spring are all detailed. Cohen’s selective reading fails to pick up on this.

Matthew Teller, never a fan of Assad, picks up the argument:

“Perhaps Cohen doesn’t know much about the Middle East, but there really were, on all sides, high hopes for Syria in the few years after Bashar al-Assad’s rise to power: indeed, the Western media dubbed the period the “Damascus Spring”. I can personally vouch for the accuracy of Lonely Planet’s identification of “a feeling of optimism in the capital” around that time. It’s easy to imply, as Cohen does, that writing about gallery openings and new hotels is a pernicious insult when placed beside the murderous violence we are now witnessing, but then hindsight has always been a seductive tool. At the time, in 2006, Syria-watchers were well aware that the opening of the Four Seasons in Damascus signalled the possibility of improving economic liberalisation. By 2009 even The Economist – notorious, of course, for its lefty whitewashing – was noting that “reforms have tapped suppressed entrepreneurial vigour [in Syria]”. Then the wheels came off, with unspeakably awful consequences. Journalists were wrong about Syria. Academics were wrong. Diplomats were wrong. Syrians themselves were wrong. But Cohen thinks the author of the Lonely Planet should have got it right.”

Cohen can’t let it go. His argument is hollow, and he doesn’t seem to understand that a paragraph he copies and pastes from the Lonely Planet website about Syria coming in from the cold is probably years old.

The fact is this – the revolution took us all by surprise, even lifelong anti-Assad activists. Cohen, though, saw it all coming. Shame he didn’t tell us back then.

If you’re struggling to remember what the world thought of Syria pre-March 2011, have a look at this compilation of Syria stories by Jillian York.