‘Safe to Speak’ For Journalists in the Middle East? Not Yet. 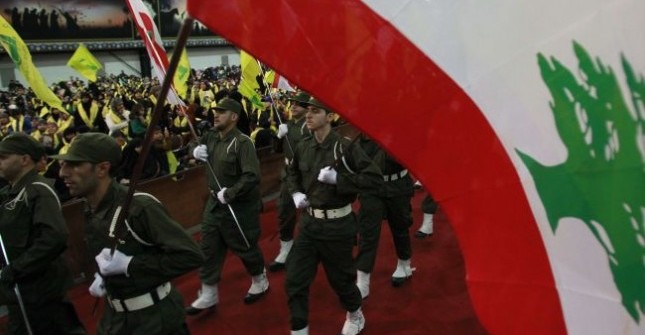 The UN General Assembly declared May 3 to be World Press Freedom Day in 1993. I marked its 20th anniversary this year as every year – recalling that 17 years earlier I was pining for such a marker after my soulmate and colleague was assassinated on 16 January 1976 during the Lebanon Civil War.

On May 6, Lebanon also marked its Press Martyrs’ Day.

The campaign against the Lebanese press throughout the civil war – the Internet didn’t exist – was relentless and cruel.

For emphasis, the cutting of victims’ fingers or hands often marked the killings. These were mostly executed by none other than the Syrian regime of Assad the father, whose son now carries on with the “craft” of killing journalists!

The gagging and atrocities against the media are something I lived with first hand. The fear was always there.

This is why, at Mich Café, I write about journalists, citizen journalists, bloggers and prisoners of conscience gone missing, jailed, tortured, raped and killed in Syria today.

“Safe to Speak: Securing Freedom of Expression in All Media?” is this year’s WPFD theme.

The assassination in 1976 of Najib Azzam, who I thought I would spend the rest of my life with, was alas not the only one to affect me deeply.

Krikor Ohannes, who I worked closely with for 15 years at Monday Morning magazine, was another.

He was killed in 1986. Koko was our photographer and we went everywhere together, including to Amman for the wedding of Jordan’s King Hussein to Queen Noor in June 1978.

Most recently, and again at the hands of the Syrian regime, we lost Marie Colvin. We used to meet often on assignments in Tunisia and at various conferences. On our last meeting, we cooked spaghetti together. It remains one of the best.

On my friend’s blog, ArabSaga he wrote a six-part series last year on “The cost of gagging Beirut”:

There is no free press. It is difficult to get objective opinion and analysis. Maybe this is where blogs take over from traditional media in that you can read native writers on the ground, who understand a region, a culture, the language and can report on it.

World Press Freedom Day on May 3 celebrates the fundamental principles of press freedom; to evaluate press freedom around the world, to defend the media from attacks on their independence and to pay tribute to journalists who lost their lives in the exercise of their profession.

May 3 was proclaimed World Press Freedom Day at the UN General Assembly in 1993 following a Recommendation by African journalists in Namibia and adopted, as the Windhoek Declaration, at the 26th session of UNESCO’s General Conference in 1991.

WPFD informs of violations of press freedom — a reminder that in dozens of countries around the world, publications are censored, fined, suspended and closed down, while journalists, editors and publishers are harassed, attacked, detained and even murdered, UNESCO writes.

WPFD is also a day of remembrance for those journalists who lost their lives in the exercise of their profession.

The Windhoek perspective applies equally today to broadcasting and digital media platforms as mobile phones, the Internet and satellites are becoming more central to all communications.

In addition, it says, there continues to be widespread harassment, intimidation, arbitrary arrest and online attacks on journalists in many parts of the world.

To compound the problem, the rate of impunity for crimes against journalists, media workers and social media producers remains extremely high.

World Press Freedom? Not yet, but we keep fighting for it.

We keep fighting for it to honor those who paid the ultimate sacrifice and have lost their lives to relay the message.

Thank you, your words will stay alive.

One Response to ‘Safe to Speak’ For Journalists in the Middle East? Not Yet.