Playing ‘Cat and Mouse’ with the Syrian Army 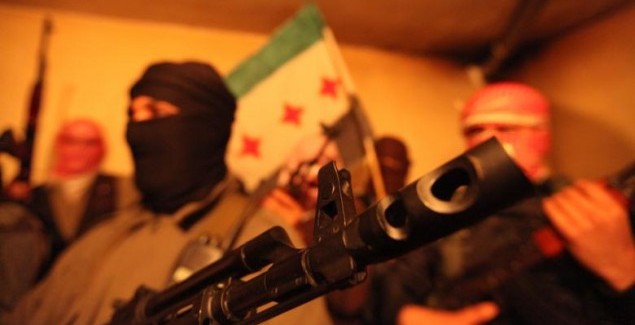 Another ‘we sneaked into Syria’ story. A brave journalist and photographer spent time with the FSA in Idlib. I’m not sure what to make of this. Opinions on Twitter please, @ me (@syrianews).

Two hundred men and children shouted anti-Assad chants, drums beat loudly and people lifted their arms, swayed and waved flags and banners. Suddenly, a hail of bullets flew from the rooftops, the crowd scattered and chaos ensued. FSA fighters charged towards the bullets, returning fire, and we followed close on their heels. As the two sides exchanged fire, we found ourselves in the middle of a terribly one-sided gun battle.

As with all these engagements, the FSA’s strategy is to return a bit of fire and then pull back; There is little they can do against the vastly superior weapons of the army.

We had retreated to our hideout when suddenly a group of flustered men ran in. The army had been tipped off that western journalists were in the country and that we had filmed them opening fire onto the protests. They had left their base and were making a move to capture us.

Read the full story at VICE Magazine. Will this divide opinions like the same magazine’s Paintballing with Hezbollah did?