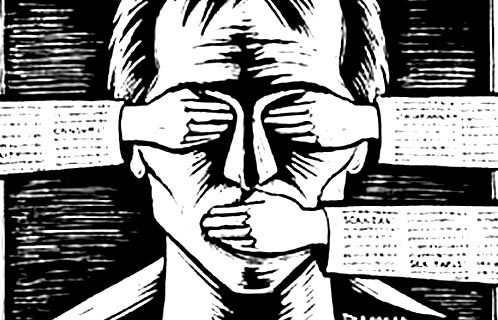 Arab News has run a couple of articles today on Arab media—particularly that of Egypt—and how they performed in last week’s revolution in Cairo. The Egyptian media, does not fare well; Al-Jazeera, on the other hand, did quite well for itself.

In this piece, disillusionment with the local media is the theme. That media simply made itself irrelevant because it was not reporting anything close to the truth, a truth that was readily visible on the streets and through international media, whether satellite TV or YouTube videos.

“I’ve always wanted to be a reporter, even before the revolution,” she interjected.

“Have you changed your mind?” I asked.

“No,” she replied. “I still want to be a reporter. Not here, though, but for Al-Jazeera. They tell the truth!“

Meet 13-year old Huda Ibrahim, who, like so many Egyptians, looks to the foreign media for the truth. Even before the Jan. 25 protest movement began, Huda and her family have disregarded the news on local TV channels and newspapers. The inaccuracies of the local media’s coverage of the protesters, which have been exposed by the foreign media, has re-enforced this negative public sentiment.
…

Another article says that the Egyptian people have had enough of state-owned media and their less-than-honest coverage of Egyptian politics. With a reformulation of the Egyptian government forthcoming, it would be a good time to simply get rid of the useless Ministry of Information. States simply cannot control the flow of information anymore. Attempts to continue to do so are not only certain to fail, they are certain to create additional anger against the state.

CAIRO: Protesters gathered Sunday morning in front of the offices of the government’s Al-Gomhuria newspaper, which was accused of bias and selective reporting in favor of ousted President Hosni Mubarak during the first days of the protests.

The editor-in-chief of the newspaper was prevented from entering the premises by his own staff. A similar incident occurred with Al-Ahram newspaper, which is also state owned. Both papers have since made significant shifts in their coverage in the opposite direction.

There has also been widespread criticism of the Egyptian Ministry of Information, describing it as an anachronism that polices the media. Protesters have scoffed at Mubarak’s statement before he stepped down that he would allow freedom of expression.
…

Saudi Gazette has a brief blurb on a new book by Lawrence Pintak running on its front page. Pintak’s book’s title describes itself: The New Arab Journalist: Mission and Identity in a Time of Turmoil. While I don’t always agree with Pintak on all issues, he is, without a doubt, an acute observer of Arab media and the way it is changing.

How Arab journalism is reinventing itself

On the subject of changing Arab media on the whole, don’t forget to check in at the Arab Media & Society website from time to time. It’s frequently updated with a variety of reports, some more academic than others, but usually interesting.