Oqda: “I Will Film Until My Last Breath”. He Did. 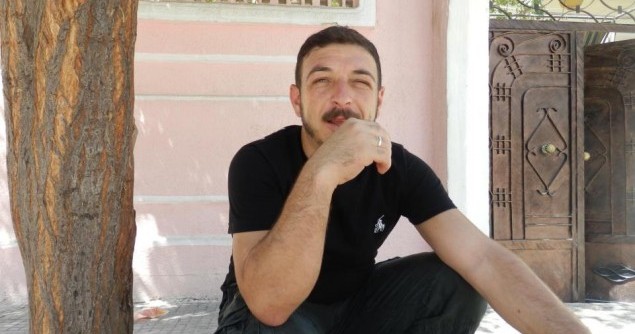 Syrian blogger and citizen journalist Abdelkareem al-Oqda, also known as Abu Hassan and Karmo, is yet another victim of Syrian President Bashar al-Assad’s war on truth, freedom and the Syrian people.

Oqda and three friends were killed and their bodies set alight in the Hama Province last Wednesday (September 19).

The 27-year-old was known as one of the bravest reporters for Shaam News Network.

Oqda had uploaded on YouTube 1,252 videos exposing atrocities committed by the regime against citizens in the Hama Province, SNN says Oqda never feared for his life when reporting in the most dangerous of situations. He always told his friends it was more important the world be shown the truth about happenings in Syria, now in the 18th month of a bloody revolution.

His fellow-reporters often heard him saying, “God, let me die for the sake of truth and justice.” His wish has sadly been granted.In one of the videos, Oqba explains why he left his job as a construction worker to take up filming. “I want to expose the crimes carried out by the regime… I will film until my last breath,” he said.

SNN has posted thousands of videos documenting the unrest in Syria since it was founded in February 2011, about a month before the outbreak of the revolution in mid-March last year. International news organizations use the network’s footage regularly.

The UK-based watchdog Syrian Observatory for Human Rights says an army attack on the Arba’een district of Hama — one of the main arenas of Syria’s anti-regime uprising — left 16 people dead on the same day.

Abu Hassan leaves behind a wife and brother, both of whom are currently detained by the Assad regime. His brother has been held since the summer of 2010. SNN says Oqda was at his home in Arba’een on Wednesday morning with friends Nidal and Hamzah Bakour and Basel Kannan. They were preparing to go filming when Assad forces ambushed the home, killed the four and then torched the house and their bodies.

Both Oqda’s home and his brother’s had been gutted by Assad forces once before. His sister’s children were stabbed to death in a massacre perpetrated by regime forces in rural Hama some months ago, according to SNN.

The Committee to Protect Journalists (CPJ) condemned the brutal attack and called on all sides to stop targeting journalists.

“We condemn this brutal targeting and murder of Abdelkareem al-Oqda,” said CPJ Deputy Director Robert Mahoney. “Journalists are civilians, and the army must know that it will be held accountable for its actions against reporters.”

At least 21 journalists have been killed covering the Syrian revolution since November, including one killed just over the border in Lebanon, making Syria the most dangerous place in the world for journalists, according to CPJ research.

CPJ has documented resurgence in dangers facing the press in Syria over the past five weeks, including the disappearance of three foreign journalists.

Turkish cameraman Cüneyt Ünal and reporter Bashar Fahmi, a Jordanian citizen of Palestinian origin, who work for the U.S. government-funded Al-Hurra TV news channel, were reported missing in the northwestern city of Aleppo on August 20. Six days later, Ünal appeared in a video saying he had been taken captive while reporting in Syria, but did not explicitly name his captors. But the video appeared on a pro-government television channel. The cameraman made no mention of Fahmi. No further information is known about the journalists’ whereabouts or condition.

CPJ adds that U.S. freelance journalist Austin Tice has not been heard from for over a month. At the end of August, the Czech ambassador who represents U.S. interests in Syria said the government had detained Tice, but Syrian authorities refused to confirm they were holding him, according to news reports.

“We call on the captors of Cüneyt Ünal, Bashar Fahmi, and Austin Tice to release them,” said CPJ’s Mahoney.

As a blogger, believer in free speech and humanitarian, I mourn the killing of Abdelkareem al-Oqda. May he rest in peace.

One Response to Oqda: “I Will Film Until My Last Breath”. He Did.