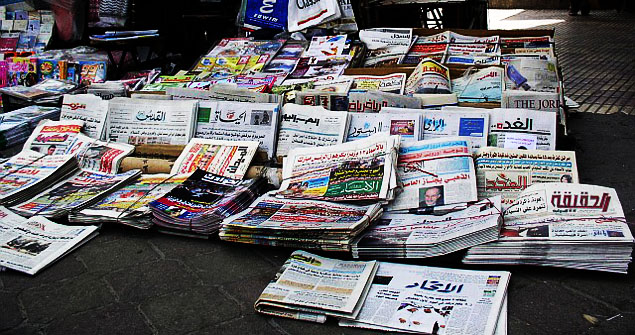 Jordan’s Minister of Interior just announced that a “free and objective media is a key building block” for the nation’s development. These words would be quite heartening if King Abdullah hadn’t recently approved several restrictions to the country’s already stifling media law.

The amendments to the country’s 1998 Press and Publications Law require more than 200 news websites to register with the government–a move that allows for censorship and other regulation of its content. The nation’s newspapers already suffer from self-censorship, avoiding sensitive topics and objective reporting out of fear of government reprisals. As one Jordanian journalist put it, “As long as you don’t write about the king, the military, religion or sex you can cover anything you want.”

The recent move to put the country’s online news outlets under the control of government regulators was widely criticized, both inside and outside the country. One of the reasons online news outlets are so popular, of course, is that they exist largely outside of the purview of government oversight. Subjecting them to registration appears aimed squarely at their independence.

Given this recent history, comments about the importance of press freedom from Awad Khleifat, the Minister of the Interior, appear quite contradictory. Of course, he was speaking to a group of foreigners from the International Press Institute (IPI) which was announcing that Amman would be hosting its World Congress in May 2013. Arab governments often say one thing publicly to foreign audiences while upholding policies at home that flatly contradict those statements – particularly many Gulf countries.

According to the state news agency, Jordan’s Khleifat pledged the government’s support of a responsible media “that seeks to convey the truth and detect flaws to correct them.” Perhaps we shouldn’t miss the nuance in this language. Government media regulators regularly talk about the importance of “responsibility” or “conveying truth” — but often these words are the tools that lead to overt censorship as well as quiet self-censorship. If the government gets to determine what is true or responsible, then the press has little power to operate with any independence.

Any Arab country serious about supporting a free and independent press must first revise its outdated (often colonial) media laws and give journalists the freedom to report the news without fear of fines, deportation or prison. Until the legal environment changes, government pronouncements are little more than hot air.