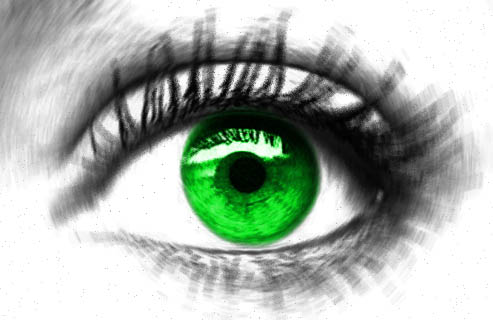 All too often, it seems that it’s a man’s world, especially in the Middle East.

And even in the world of media, men continue to push the agenda in the direction they see fit. But it doesn’t have to be this way. The advent of new independent media has shown that smaller operations can make an immediate impact on the globe.

Take Bikyamasr.com, which I started in October 2009 as an independent source where we would report local news for a global audience. Bikya means re-sellable clutter in Arabic, and the site sorts through this clutter to gauge the inner workings of Egypt. In one year, we have risen to the edges of mainstream media – respected publications such as The New York Times, The Los Angeles Times and The Guardian – with over 100,000 visitors to our website monthly.

Our main supporters and the vast majority of our writers have been women. The women who have contacted us want to write about what they believe are “real” news stories – dealing with the local news or their personal lives – which have largely gone missing in other mainstream sources.

One article, “Why I wear the hijab”, written by Egyptian commentator Deena Khalil, is still one of the most read articles on the site. And Dalia Ziada, a leading female blogger in Egypt, has written a number of articles for Bikya Masr, offering a nuanced perspective on women’s rights in the Muslim world. She won the Anna Lindh Foundation award for online journalism in October 2010, showing that even organisations making little money can help journalists have a major impact.

Being able to provide a platform for women’s voices like those of Khalil and Ziada is one of the proudest achievements in our time online.

New online platforms have created a market for those who often don’t have the credentials that would get their articles into other news outlets, but who do have an equal, if not better, understanding about the region they are writing about when compared to journalists outside the region.

And for the first time, an outlet is encouraging women to fill this gap. Women now have a platform to air their views and tell the world about the realities facing women in the Middle East.

Sherifa Ghanem, an Emirati woman who just began writing for Bikya Masr, told me recently that she wanted to write for news outlets not tied to large investors, and which are local by nature because “they understand that local news by local people, especially women, can go a long way.”

These kinds of smaller, emerging news outlets are able to give an international audience a better perspective of the issues in the region. While they are understandable to a foreign reader, these stories by smart Middle Eastern women are still local in content.

As the world continues to turn to online media for coverage and dialogue on certain issues, women in the Middle East should consider this medium for their voices to be heard. Through online media, women can create a niche that takes the discussion away from stereotypes and shed light and real understanding on the nuanced issues – like women’s empowerment, harassment and societal norms – that so often lack substantial coverage.

This new online media is a force to be reckoned with and can be a place where true understanding and dialogue on the issues at hand occur. Middle Eastern women’s involvement in blogging and online reporting should not be underestimated. They have shown a willingness to be heard and have their writing read by the world. Their empowerment through writing cannot be ignored. We must support these independent women writers and the independent, unencumbered media sites where they have found their calling.

This article was written for the Common Ground News Service (CGNews).