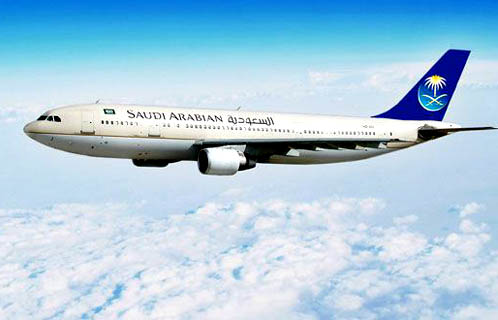 I feel sorry for Khaled Al Molhem, the Director-Genral of Saudi Arabian Airlines, because I sense a scapegoat being made ready for sacrifice. A month ago I wrote rather an unkind piece about Saudia’s customer service – centering mainly on Saudia’s declaration at a sales conference that it has decided to re-invent itself as an organisation dedicated to customer service – as if an airline exists for any other purpose apart from making money for its shareholders.

At the Jeddah Economic Forum, Mr Al-Molhem had the unenviable task of defending his airline against delegates who lined up to take pot shots. As the Arab News reports in Saudia faces flak at JEF:

“The Saudia chief blamed the Kingdom’s substandard airport facilities for the airline’s poor services, saying they are inter-related. However, he pointed out that the renovation of airports in Jeddah and Riyadh would change the situation in the near future. He said Saudi Airlines has been incurring heavy losses as a result of low-ticket fares for its flights to domestic destinations. “There has been no change in domestic ticket fares for the last 16 years. Prices of everything have gone up and the salaries of our employees have increased. So we are suffering losses,” he said.

Many Saudia passengers Arab News spoke to are highly critical of the airline’s services. One regular flier said he has stopped flying Saudia because of its poor customer and in-flight services. He said Saudia staff should change their attitude to passengers. “We are hesitant to travel by Saudia due to the arrogant and uncivilized behavior of its staff which starts from the check-in counter queue itself. We tried to approach the duty supervisor in the terminal to lodge a complaint, and we found him super arrogant,” he said.

A Jeddah-based Saudi executive complained about poor in-flight services. “Whenever I fly Saudia, I find seats in the aircraft not reclining properly, music system failing and the food not up to the mark.” She also complained about flight delays and the inability of some staff to communicate in English.”

Saudia passengers will not be surprised by the comments in the article. But what surprised me was the rather inelegant picture of Mr Al Molhem swigging at a water bottle. 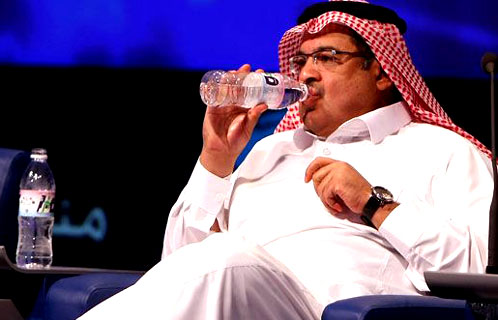 Now we British are familiar with newspapers at home using unflattering images of politicians their editors don’t like  – pictures taken in settings designed to make them look ridiculous, jowly images of ministers who have had a few lunches too many, and use of lighting and contrast to make them look like “something from the night”.

But the Arab media seldom uses these techniques, especially on dignitaries who are part of the establishment, as Mr Al Molhem is. So unless the picture of him is the selection of an inexperienced sub-editor, I fear that things might not look too good for him in the long term.

I have no view on the gentleman himself. It is his job to deal with decades of decline in his organisation, and that’s not an easy task. It’s natural for the customer to blame the boss, but when the media starts to turn on him, the pressure really mounts.