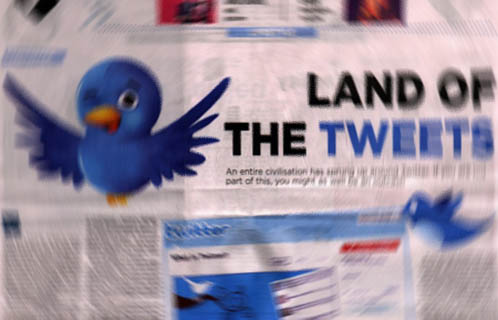 Dubai’s tittle-tattle-tastic tabloid treat 7Days today jumps the shark and manages to be the first paper in the UAE to completely stand up a story on Twitter. ‘Beach snaps land Terrys in hot water’ is the stuff of tabloid dreams and is based on England and Chelsea captain John Terry, on holiday in Abu Dhabi with his wife Toni, ‘frolicking’ in their hotel swimming pool and beach.
The 7Days story is based on a number of mildly, in my opinion, invasive snaps run by the Daily Mail (the original snaps are linked here so you can throw a brick through the screen or write to your MP or whatever it is you want to do, but I do warn you that they contain a woman wearing a skimpy bikini so clicking on the link does rather imply that you wish to see this kind of thing)  last weekend.

7Days’ story is classic tabloid stuff: “The Twittersphere has been set alight by a diatribe of disgust at photos…” it starts out – rich stuff, indeed! You’d have thought it trended or something, but of course setting the Twittersphere alight (the Twittersphere? It sounds like someone’s dad trying to be cool and ‘rad’ with the kids.

I hate the neologism as much as I hated Blogosphere) isn’t really about empirical evidence of a tide of opinion so much as being able to pick out a few ranty tweets and fling them at a page of type. Which is, of course, what 7Days has done: the negative comments have been plucked from an almost negligible trickle of reaction to the Mail story on the 9th June, you can see how the Twittersphere can be ‘set alight’ by a handful of tweets by clicking this here link to a Twitter search of “John Terry” Abu Dhabi.

Of course, the 9th June Tweet from 7Days’ own Twitter feed, @7DaysUAE  “England and Chelsea footballer John Terry spotted in Abu Dhabi: http://goo.gl/Abubm” now takes us to an empty page. Can’t be seen to be stoking too much of that shock and outrage, can we chaps?

So what about the ‘diatribe of disgust’? Take a look at the Twitter search above – there’s very little beyond the tweets that have been selected by 7Days. A couple of people wonder how genuine Terry is, a few more discuss Toni’s skimpy bikini. One person said, incorrectly, that the Terrys behaviour would have been treated more harshly in Dubai and one lady called Toni ‘a WAG doormat’.

Two things we can learn from this:

One, a newspaper will stand up a half page story echoing a tide of righteous public disgust on an infinitesimal sample of Tweets. This distortion of expressed opinion coming, let us not forget, from those who purport to give us ‘context and analysis’ and help us poor rubes to understand what’s going on by filtering the facts for our convenient consumption.

Two, if you’re a-tweetin’, there’s nothing to stop a newspaper using your tweets in a story. You have spoken and done so in public and on the record. And like anyone who goes on the record, your opinion can be used in any way whatsoever, including out of context or as part of a story that distorts your intention. That’s what makes going on the record so potentially dangerous.

By the way, I do not doubt most people here find the images at best vaguely incongruous and at worst offensive, but let us not forget that these people were in a private hotel beach, where a different standard of dress and yes, to an extent, behaviour has long been accepted compared that expected in public places, including public beaches, in the (highly tolerant) UAE. And they didn’t choose to make these images public.

For an alternate view, see:  Lesbian Syrian Bloggers, and (False) Assumptions of Truth