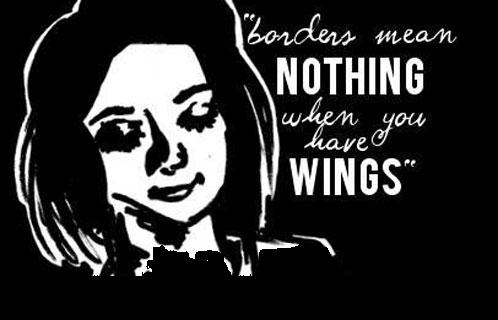 Earlier this evening I read an article in which Libya’s comical Ali-esque spokesperson refuted the claims that Gaddafi had given the order to use rape as a weapon of war and instead claimed that the rebels, as he refers to them, had even engaged in cannibalism.

Immediately I assumed that, as you can clearly see, the official spokesperson was lying about the rebels engaging in cannibalism. While I certainly have some skepticism about the notion of Gaddafi ordering some kind of systematic policy of rape to be used, it wouldn’t surprise me in the least. And, from what little news I’ve seen about it and with their snippets of ‘proof’ (i.e. boxes of viagra apparently strewn around areas recently deserted by pro-Gaddafi forces) I would suppose that this story is mostly true.

Though, as I note, I have, essentially, bugger all proof of this. Essentially, I believe that Gaddafi (probably) used rape as a weapon of war even though it is based on no reasonable evidence. Why is this? Is it because I manifestly dislike Gaddafi and think that he’s either crazy or evil enough to concieve such a plan or because I read about it in a trusted news source? A bit of both I’d suppose.

Yet this thought perturbed me, somewhat, as I thought about it earlier. Particuarly in the light of the saga of the abduction of the ‘Gay Girl in Damascus’. As you’ve probably read, a ‘prominent’ blogger – the eponymous gay girl – posted (or had someone post for her) that she had been abducted by Syrian security forces. Only later, a few days after the story broke and she became something of a cause celebre against the awful Assad regime, it transpires that it’s all something of a hoax. She was never abducted and it is not wholly clear if she is real, gay, a girl, a blogger, in Damascus, or what.

(It turns out “she” was neither female, nor Syrian – “he” was an American, living in Edinburgh.)

Here again, I suppose, I automatically assumed that this story was (probably) true, or at least a good representation of the facts. After all, it sounded just like what Assad’s security services would do, didn’t it? And this fundamental assumption was expertly played on by the author of the ‘gay girl’ saga.

So too to I think that the notion of Gaddafi promoting the use of rape as a weapon of war fits really rather perfectly into my characature of ‘exactly something’ that that evil despot would do. Too perfectly, perhaps? Certainly the reply of Gaddafi’s spokesperson went the only way it could: it ramped up the act to cannibalism, perhaps one of the few taboos worse (though I really don’t want to start that argument) than rape. Presumebly the logical conclusion to this game of one-upmanship’s is for Gaddafi to accuse the rebels of engaging in nechrophilia.

But this un-subtle, rather stupid response from Gaddafi’s people doesn’t concern me; it’s blatant and obvious.

To take another example: the Iranian elections of 2009. They were, I believe, stolen by Ahmadinejad with an absurd amount of votes in certain districts mysteriously not counting for who they were expected to. I have alluded to this opinion as ‘fact’ in a number of things that I have written recently. Yet I have also been reading various quotes, comments and articles from people that I trust plainly declaring that there is no hard evidence of the election being stolen. Were someone to ask me to provide my evidence then I’d root around google news, find a NYT article or two and provide that. However, I suspect that were I to delve deeper into their sources, I imagine that there would (perhaps) not be all that much solid, bonafide ‘proof’ that the election were stolen. Such proof is, I’d have thought, near impossible to obtain. Yet I still believe that the election was stolen. So am I right to say so?

I suppose the ‘opposite’ example is currently underway, so to speak, on the other side of the Gulf where it is an assumption that has become hardened fact for many (and I’d be tempted to say most) Arabs that Iran is significantly at fault for, for example, the recent troubles in Bahrain. There is – to my knowledge; and I do live and breath this topic – no evidence of significant Iranian involvement, so I dismiss it, just as an Iranian may be tempted to dismiss my assumptions about their 2009 election.

How much ought one rely on one’s assumptions and on previous analysis in lieu of evidence for understanding a given event?

The notion that one must ‘always’ have absolute proof before one makes up one’s mind is absurd: I’ve no evidence whatsoever that the moon landings took place (on the moon…) but believe that they did. Clearly we need to rely on other people’s trusted judgments a lot of the time.

I’ve got no conclusion to this wavy and meandering stream of consciousness. All I would say is that this rant makes me believe that while blogging is good and all, it doen’t come remotely close to the rigour of a good newspaper (this blog being the grand exception, of course). While you may think that that is something of an obvious statement, I’m not so sure it is.

The hype that the ##sigh## Twitter revolutions have garnered, the ‘cool’ twenty-first centuryness of the blog and the commensurate if not necessarily wholly correlated demise of the profitability of newspapers suggest to me that the worth of newspapers is, for any or none of the afore mentioned reasons, going down.

So…I dunno…go buy a newspaper or something, I guess.