Journalism and Religion: Breaking the Taboo 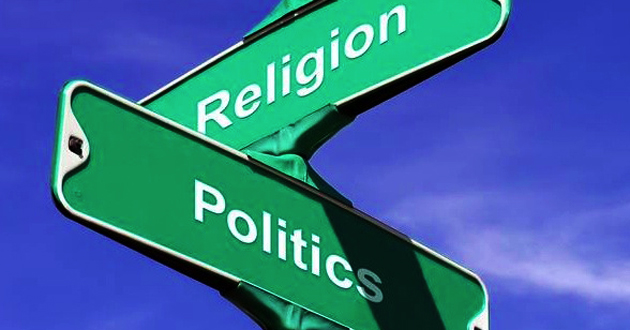 It’s an issue that affects people’s lives across the world everyday yet most media institutions do not dedicate much time, resources or manpower to covering religion.

That was the assessment of some 25 journalists from six continents and 23 countries who gathered last month in Bellagio, Italy to lay down the foundations of an international association aimed not only at boosting the prominence and professionalism of religion reporting but also to emphasise the need for responsible journalism that can unite instead of divide people.

Despite some of the obvious differences – linguistic, nationalistic, religious and political – between those that gathered in Italy from 20-24 March, the International Association of Religion Journalists (IARJ) was officially launched.

“We are living in a global society and our understanding internationally of religion is weak. With this association, journalists now have contacts in various countries and can work together”, commented US journalist David Briggs, a Pulitzer Prize nominee and the main driving force behind the initiative.

Briggs, who was elected as the association’s Executive Director during the meeting’s closing session, has been trying for the better part of the last eight years to establish a global association similar to the Religion Newswriters Association in the United States, which aims to promote high-quality media coverage of religion.

His luck turned recently when he formed an alliance with the International Center for Journalists (ICFJ) in Washington, DC, an NGO dedicated to promoting quality journalism, and the Association of Religious Data Archives (ARDA), which focuses on creating wider access to information on religion, both of which helped make his dream a reality.

At the meeting, Briggs shared his vision with the journalists present. He hoped that the association would – through an interactive website, conferences and workshops – be able to provide concise and impartial information on world religions, ignite discussions on religious issues and provide access to essential contacts, as well as connect media professionals all over the world who deal with the subject.

Although still in its early days, the IARJ has already drawn outside support from one of the world’s most popular writers on religious issues, British author Karen Armstrong.

“One of the problems we have is the media who only present very one-sided views of certain religious activities”, said Armstrong. “Islam is the obvious example. We hear all about the negative [things] that people are saying. But we don’t have a balance of the positive.”

Armstrong added that it was terrific to have journalists meet to start to “develop an ethic about how religion is reported [on]”.

While most of the meeting in Italy was spent in deep discussion about how the association should look and feel in its final form, there was also plenty of time for those gathered to learn from each other about the numerous challenges facing journalists covering religion.

Jordanian journalist Hani Hazaimeh, who was elected to the association’s steering committee, said he hoped the IARJ would address the taboos surrounding religion in some countries.

“Even though the Arab Spring has succeeded in breaking many of what used to be sensitive issues that the media was unable to address freely, the religion issue remains a challenge that is yet to be tackled and reported on”, he said, adding that an international association would empower journalists to change that.

Peggy Fletcher Stack, Senior Religion Writer for the Salt Lake Tribune in the United States said the association could also help improve the quality of writing about religion and encourage more fair-minded reports, rather than biased or self-interested propaganda.

“I hope that it will promote better understanding of each other and bridge the gaps causing biases and hatred between religions”, added Waqar Gillani, a Pakistani journalist who contributes to the New York Times.

Boosting responsibility in religion reporting and advocating for those prevented from, or persecuted for, writing about it were certainly points that almost all those present agreed on.

There were some practicalities that divided the association’s 25 founders, however, including how to overcome the political conflicts and sectarianism that impact how religion is viewed. And there were concerns that such divisions could negatively influence the association or dictate the make-up of its steering committee, which was elected at the meeting.

In the end, however, journalistic integrity, professionalism and logic won out, with all agreeing that the association’s ultimate goal is to see media reports on religion as free as possible of such influences. Hopefully, efforts like these can help make media coverage of religion an opportunity for dialogue and overcoming misunderstanding – something sorely needed in today’s world.

Ruth Eglash is Deputy Managing Editor at The Jerusalem Post in Israel. She was invited to be one of the IARJ’s founding members by the International Center for Journalists and was elected to the association’s steering committee. This article was written for the Common Ground News Service (CGNews).

One Response to Journalism and Religion: Breaking the Taboo