Free Speech: All You Need is Mic & Laptop 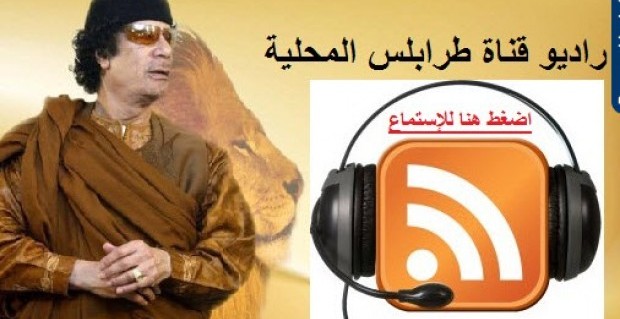 As natives of Tripoli in our mid-twenties, we are part of the second generation of Libyans to have known no other authority than Muammar Gaddafi’s. When the Gaddafi regime collapsed, the world saw rebels fighting for control of the streets – while we felt chaos in our souls. Since those traumatic days we, like many of our friends, have been rethinking our identity and purpose in life.

After the fall of the regime, we began dreaming about the possibility of a free, dynamic Libya, advancing at lightning speed to catch up with a world that left us behind decades ago. But what could we do to help make that dream a reality? We felt that what the Libyan people needed most were education and inspiration – and that the most effective way to deliver these would be through broadcast media.

We decided to start a radio show and call it “Rough Talk”.

In our native dialect, this term is code for frankness and candour. “Rough talk” is not the same as street talk. In the Libya we had always known, you didn’t dare to speak frankly and openly in the streets. Now, we imagined it would be possible to bring “rough talk” – open, candid conversation about issues that matter – into the public space where it belongs. It would be the language through which we explored every issue and concern that stood in the way of building of a strong, democratic Libya.

The three of us are life-long radio lovers. Radio is the one medium to which nearly all Libyans have access. Growing up, we listened to international broadcasts from anywhere and everywhere, sifting through competing narratives of the same piece of news and trying to form our own opinions. Libya currently has neither the economic structure nor the political stability for an independent broadcast to be viable. The best-funded broadcasts in our country are controlled by political interests and factions. We knew that if we approached such media outlets with our idea for “Rough Talk”, we would probably become tools of their agenda.

And yet we wanted to do a radio show.

By combining YouTube and Facebook, it’s possible to create a simple audio broadcast of any length and disseminate it via the Internet. All we needed was a microphone and a laptop computer.

In our first episode, we laid out some of our goals: to press public officials to address the country’s problems; to seek out and talk through solutions successfully used in other countries that might be useful here; to foster national reconciliation and an end to private armies; and above all, to never tell a lie. Libya is free, we explained. It’s free because we believe it is free, and it will continue to be free as long as we continue to act on what we believe.

In one of our early episodes, we argued with each other about street protests. Can protestors unite on an agenda of what we want to build, or can we only agree on what we want to demolish? We don’t know the answers, but we know that the answers must begin by posing the questions.

Another episode addressed the concept of the “rule of law”. We interviewed friends and strangers and asked them what they thought the term “rule of law” means. Then we presented our own definition: a system in which every member of the society is treated equally under just laws overseen by the population as a whole.

Since we started, the number of Facebook fans has been gradually growing. We have been using Facebook to reach out. For example, we recently joined an online group called the Lawful Culture Online Community (www.lawfulculture.net), which is comprised mainly of Arab journalists who are committed to spreading a culture of lawfulness and tolerance throughout the Arab world. We’ve benefited from its experience in promoting positive values through media work. The input of this online community has made our broadcast content even stronger and we feel honoured to be members of its board.

There are early signs that our persistence is being rewarded. We got our first break when Radio Libya offered to air our programmes. Radio Libya is a small station controlled for the moment by Libya’s transitional government. It offered to run our programmes uncut. It means the world to us that we have an outlet through which to reach the street, engaging cab drivers, street vendors and anyone who wants to listen. We believe that this opportunity strikes the right balance between our desire to maintain independence and our hope to grow our audience.

This is an uphill battle. But we won’t stop, as long as we have an audience that shares our vision of a flourishing future for our country.

Khalid Al-Badawi, Muhammad Al-Taip and Mohannad Awn are co-founders of the Rough Talk Radio Network in Libya. This article was translated by Joseph Braude, a Middle East specialist and author of The Honored Dead: A Story of Friendship, Murder, and the Search for Truth in the Arab World (Random House, 2011).