ENOC and Eppco: Where Not Just the Petrol Has Run Dry 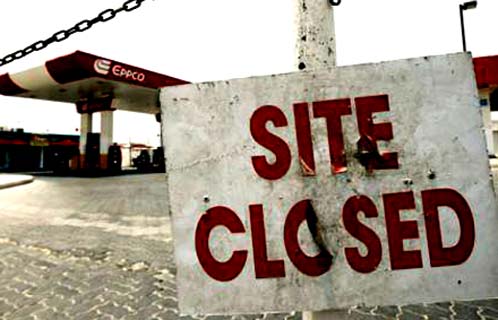 I know I’ve been going on about this, but it really is such a brilliant case study. The Great Sharjah Fuel Crisis continues, with ENOC and EPPCO stations shut down last Friday by Sharjah police after having failed to supply fuel to residents in Sharjah and the Northern Emirates for a month.

As I predicted a while ago, the story started to internationalise – this story in the UK’s Daily Telegraph (kind enough to quote yours truly) talks of ‘baffled’ residents in this oil rich nation unable to buy fuel. Tellingly it ends with these words: “No one from either ENOC or the other main petrol company affected, Emarat, was available for comment.”

Bloomberg filed an excellent piece today, linked here, which continues the trend of international interest in the story. Being a newswire, the Bloomberg piece has made it into a number of interntional newspapers and websites. Bloomberg’s story, an in-depth analysis of the situation, makes an important link between the ENOC Group issue and Dubai’s indebtedness and economic stability, as well as drawing some interesting conclusions regarding political stability. The story isn’t going away, in short, and now it’s arguably starting to affect Dubai’s reputation in a broader sense. I would humbly suggest this would not have been the case if there had been an agreed and effectively implemented communications strategy to start with.

Tellingly, the Bloomberg story contains these words: “An ENOC spokesman declined to comment when contacted by Bloomberg. A Dubai government spokeswoman didn’t respond to an email requesting for comment, and an official in Abu Dhabi National Oil Co. public relations division didn’t answer calls to his office and mobile phone”

Gulf News filed today with a follow-up story on the issue, which talks about the Sharjah government’s resolution in solving the issue. You’d almost think journalists were keeping the story alive to punish the silent spokespeople, wouldn’t you?

Somehow tenacious GN hack Deena Kamel Yousef managed to get through to the man so many journalists have failed to buttonhole and so the GN story contains this timeless quote from ENOC’s Silent Spokesperson: “I cannot give a statement now, don’t ask me questions I cannot answer. I agree that we should be more transparent, I agree 150 per cent, but we have directives not to talk about this issue now.”

Deliciously, Deena twists the knife: “Pressed for answers, he made casual comments on the weather to change the subject.”

Tellingly, the GN story also points out that: “Enoc’s silent spell lasted for about two weeks while the spokesperson was on holiday after the trouble started. Repeated attempts by Gulf News to contact the company were unanswered.”