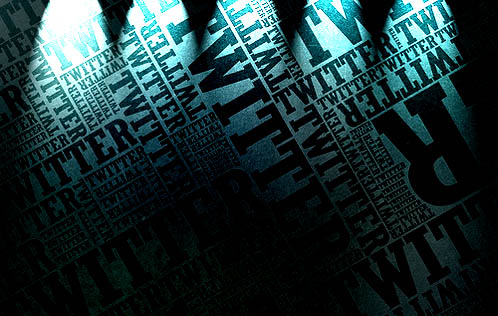 From decrying Twitter as lacking the context and analysis they, exclusively, provide, journalists have increasingly embraced the medium in their reporting.

Part of the reason for this is that many journalists have taken to Twitter like wee ducks to water, finding it a valuable tool in a number of ways. For many of the UK-based journalists I follow on Twitter, it would appear to provide an ideal platform to bitch about each other. Elsewhere, journalists find it a useful tool for crowdsourcing as well as keeping up with local events. Tweet about a terrible car crash or massive factory fire and chances are you’ll soon pick up a news journalist asking for more information.

Eye witness reports have long been a mainstay of local news reporting and Twitter merely makes those eyewitnesses easier and faster to access.

What I find mildly worrying is the increasing number of stories being filed out there that are ‘stood up’ on Tweets. It would seem that all a journalist has to do is find a few outraged Tweets and before you can spell veracity backwards we’ve got headlines like ‘public rage’ and ‘Internet outburst’.

The great thing about this is there’s no seeming need to actually quantify ‘public rage’, and making the assertion can now be backed with a couple of tweets from Furious of Guildford and Angry of Barsha. Even worse, the tweets from those with an opposing or more moderate viewpoint get left out because they don’t help the angle the journalist has taken – which none of us is interested in. As I have long said, we slow down to look at the terrible accident, but we never slow down to look at the happy family having a picnic. What sells newspapers (or clicks, which in many ways are worse for preserving news values than the pressure to sell papers) is drama, outrage and the like.

And when you can tap negative public reaction, all too easily expressed on Twitter but almost always only half the story as online opinions are almost invariably balanced by others weighing in, you’ve got a nice easy story that really doesn’t require much work at all to put together. Just don’t muck it up by presenting the whole picture and actually bothering to produce a professional tone analysis rather than a few selected tweets…